‘While the Jewish neighborhoods of Jerusalem and the settlement blocs on its outskirts enjoy massive development and substantial funding, Israel goes to great lengths to prevent development in Palestinian areas.’

Earlier this year, we met up with Silwan resident, Fares Rajabi as he gave us a rather precarious tour of his family home, which had been part-demolished by the Israeli military. The three-story building was divided into five apartments where the five Rajabi brothers lived with their families. The ground floor housed a medical centre for the neighbourhood. Not all of the building had been demolished because court cases on two of the apartments are ongoing. Nevertheless, it has all been badly damaged and is in a dangerous condition. Still, the whole family – all five brothers, their wives and children – continue to live on the premises, along with Fares’ parents. 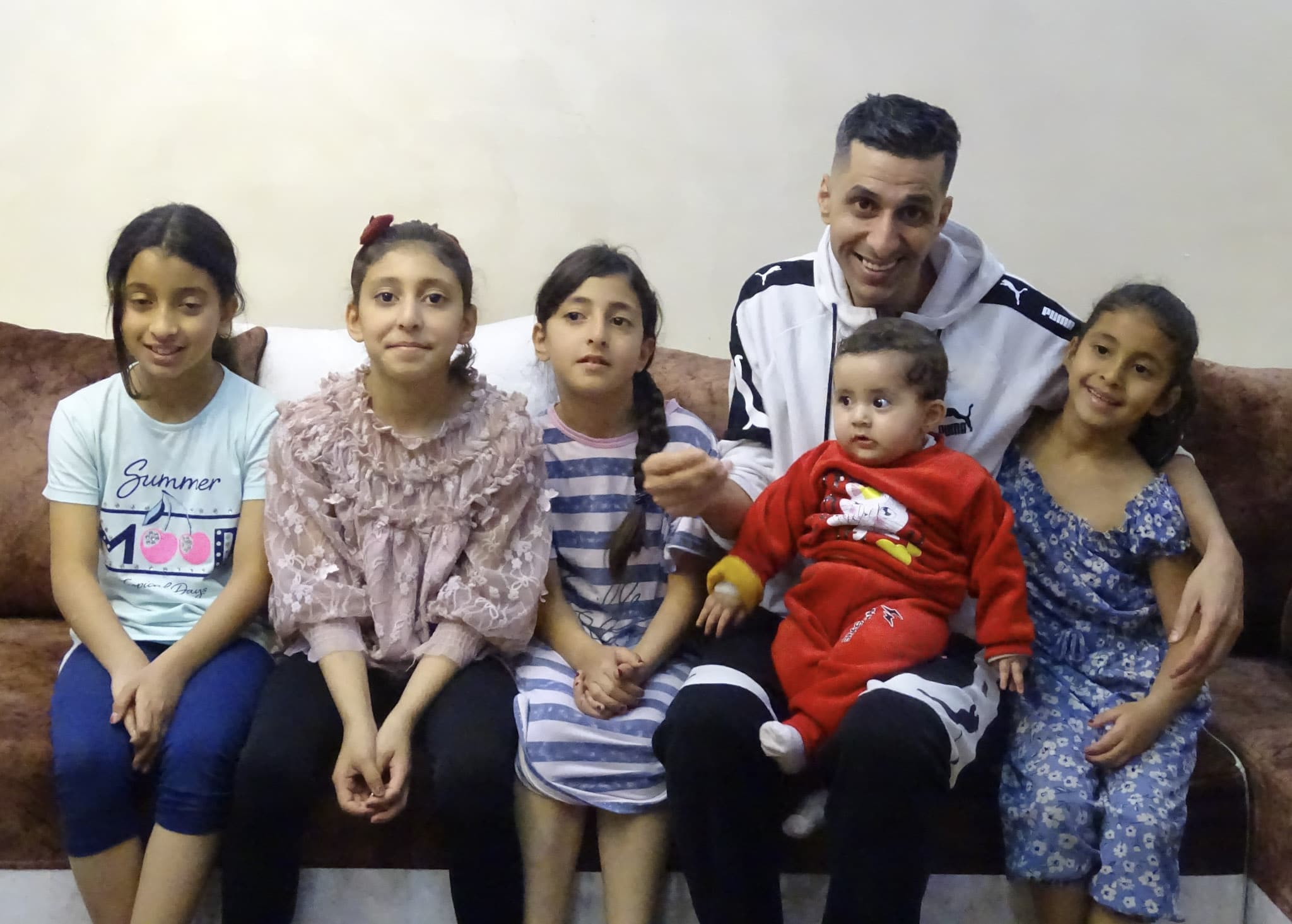 Fares and his five daughters

Most of the house had been demolished on 10 May, two days after we had drunk coffee with Fares in his living room. On the first day of Eid, whilst family members celebrated the end of Ramadan, they received a telephone call from the police instructing them to remove all of their possessions from their home. Upon hearing this, the medical centre immediately evacuated the property. They had expensive equipment that they did not want to lose. The families, however, did not move out. 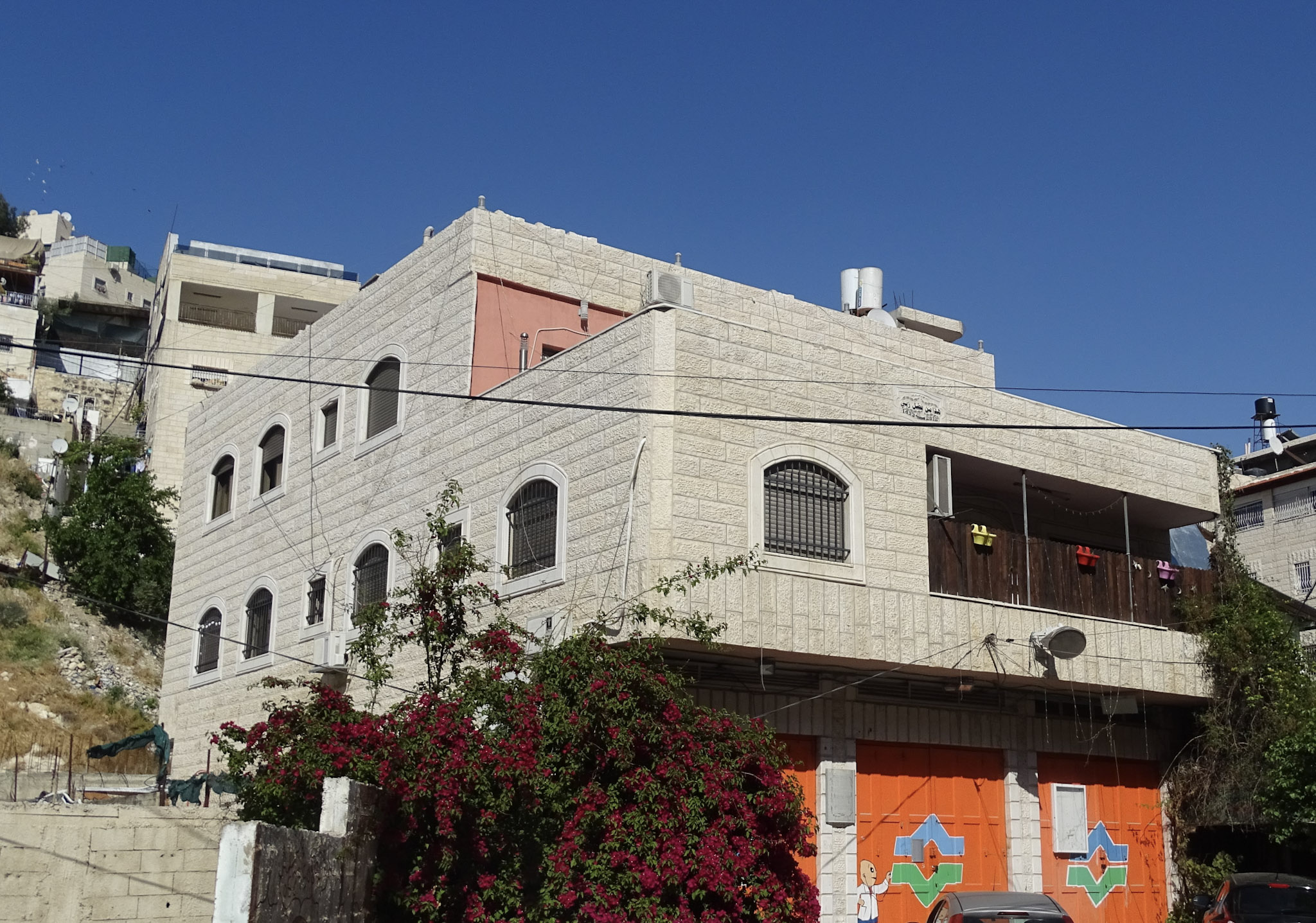 The Rajabi home before the demolition 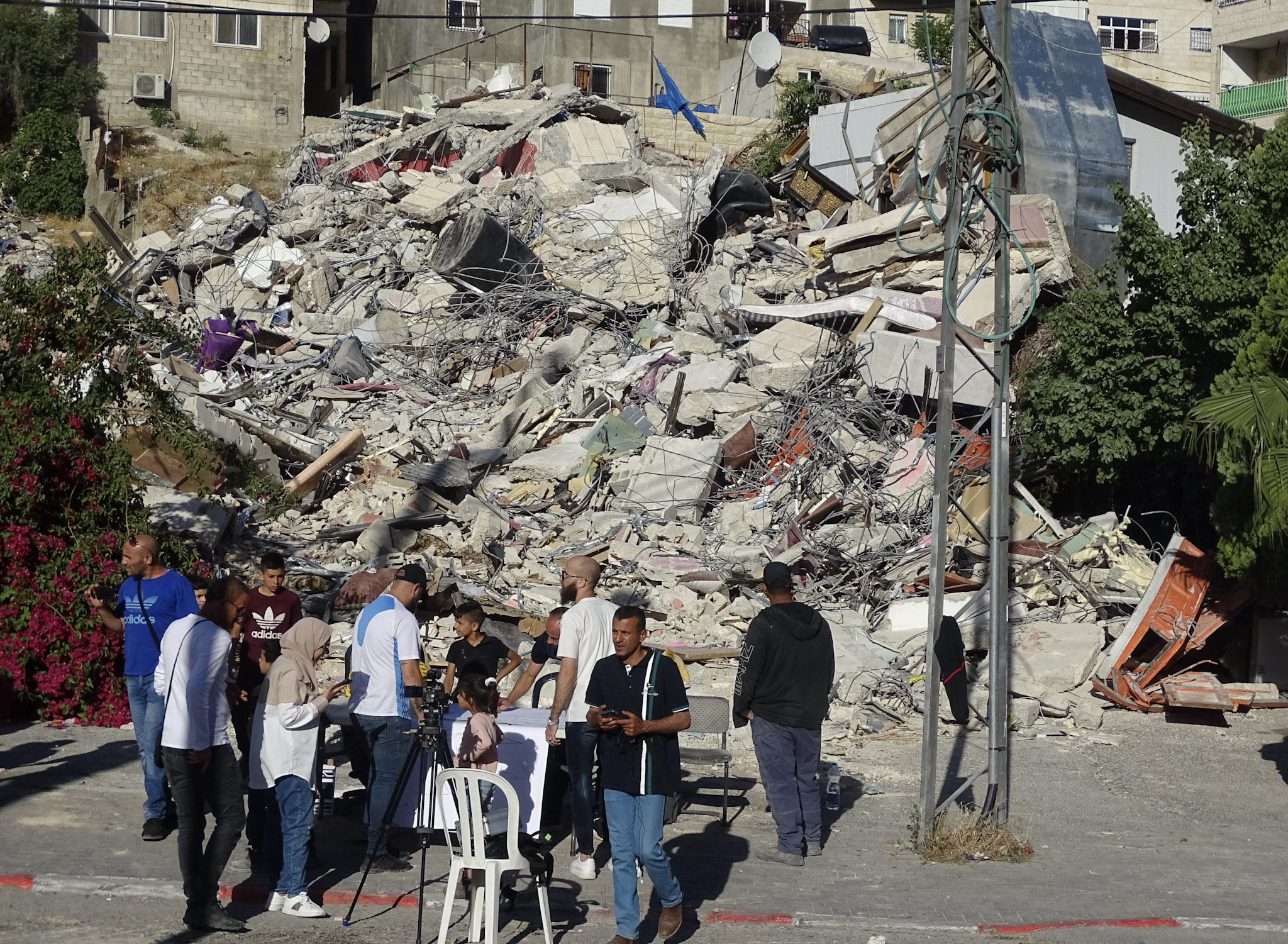 The Rajabi home after the demolition

The families first received a demolition order for their home back in 2000. Since 1967, when Israel illegally annexed East Jerusalem, it has been almost impossible for Palestinians to get permission from the Israeli authorities to construct new homes or develop existing ones. To meet the needs of a growing population, many Palestinians build without consent and their structures are considered illegal under Israeli law. Since 2000, the family have had to pay annual fines for building their home – around 40,000 NIS (approximately £9,500) per year. Over the years each of the five families sold their wives’ gold to help pay the fines. Fares estimates that the demolition will cost an additional 200,000 NIS (approximately £47,500).

‘They came in a “bad way”. It felt like it was personal.’

On the day of the demolition Fares estimated around 30 Israeli police were in attendance. They blocked all roads. Then three bulldozers came. The demolition workers did their work with ‘extreme prejudice’, Fares recalls. They tried to intimidate the family, smashing many possessions. The family believe that one of the reasons their house was destroyed is because they are very active in Silwan. Fares’ brother, Jadala, runs the local Maada Community Center. Zohair, another brother, is a community leader in Silwan.

‘They built their home in 2016. No permit. And no threat of demolition.’

Fares looked towards a nearby settler home in Silwan. ‘They built their home in 2016. No permit and no threat of demolition’ he said. His brother, Zohair told us that there are about 87 Palestinian families (around 600 people) are under threat of eviction in one part of Silwan. 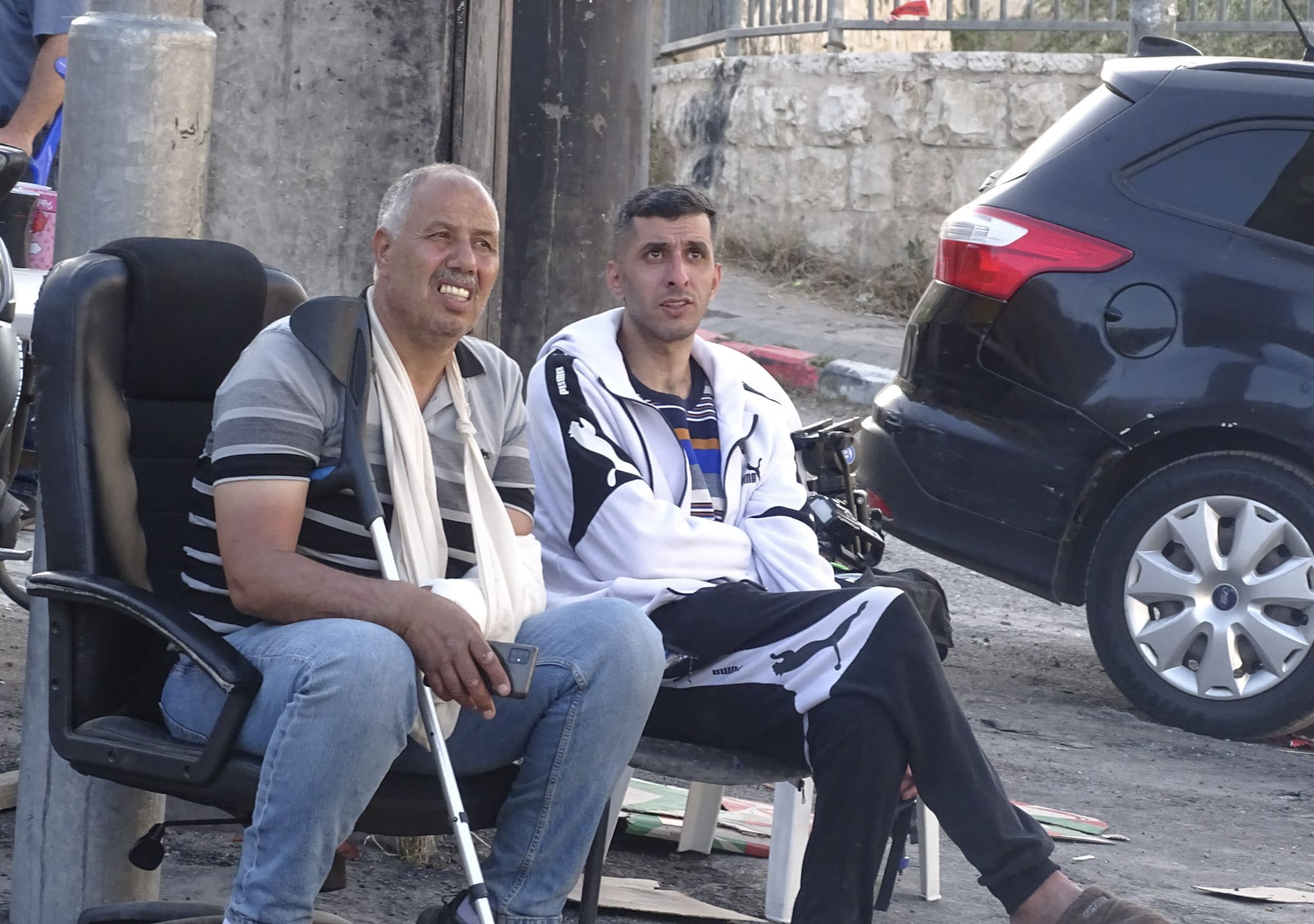 Fares looks at where his family home once stood

A law passed in Israel in 1972 gave Israelis the right to reclaim land in Palestinian neighbourhoods that had been owned by them or other Jewish people before the Arab-Israeli War of 1948. The state passed a separate law which prevents Palestinians from reclaiming land they owned before 1948.

In 2015, Zohair told us, such an Israeli claim resulted in a Palestinian family being evicted without notice. It was claimed that there had once been a synagogue where their home was. Now an Israeli family and their security guard live in the house. Since that time, there has been a lot of harassment and, at times, daily clashes between neighbours, with Israeli border police staying close by. There are now six buildings with 23 settler families living in this part of Silwan.

‘The resulting settlement enclaves in the Palestinian neighborhoods of East Jerusalem have altered them and made unbearable the lives of the Palestinian residents: they suffer invasion of privacy, economic pressure, and daily harassment by settlers and their security guards, who are paid for by the authorities.’ 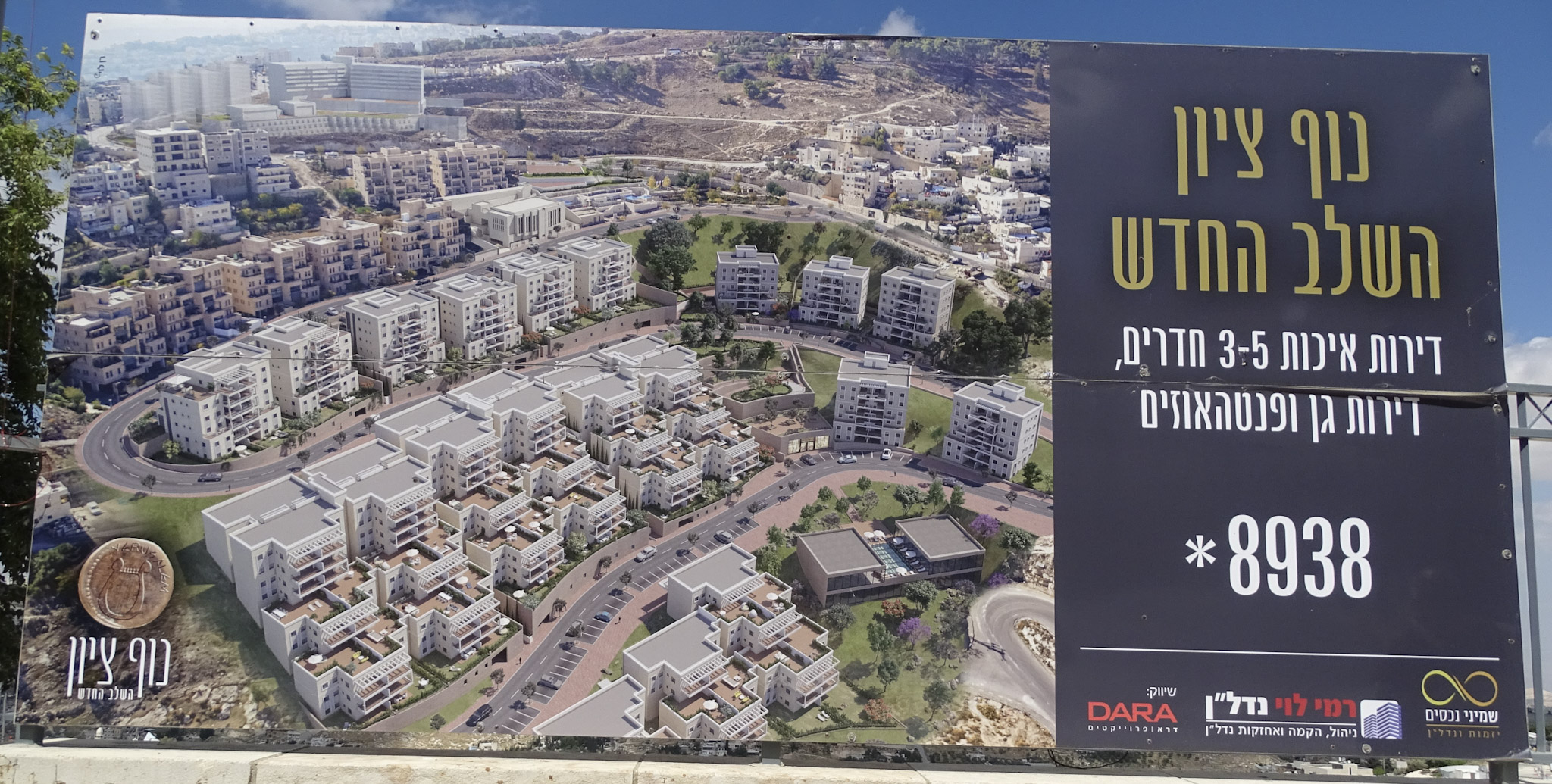 According to Ir Amim, despite Palestinians comprising more than 37% of Jerusalem’s population, only 8.5% of the city’s lands are allocated to their housing. There are currently local plans to build some 78,000 homes for Israelis. Yet whilst Israeli neighbourhoods prepare for expansion and development, Palestinians are systematically constrained from building.

The Israeli authorities do not prepare outline plans which are necessary for development. Significant amounts of Palestinian land are taken by the state and designated as ‘open spaces’ so construction is not possible. The Rajabi family tried for years to get a building permit for their home, before and after its construction. Their efforts, though fruitless, cost a lot of money.

Peace Now found that between 1991 and 2018, the Israeli authorities allocated 57,737 building permits for housing units. 83.5% were located in Israeli neighbourhoods.

During the global pandemic of 2020, a record-high 144 Palestinian housing units in East Jerusalem were demolished by Israeli authorities.

‘Due to the impossibility of receiving building permits in the areas where Israel systematically denies the authorization of adequate outline plans, there are an estimated 20,000 housing units that have been built in East Jerusalem without a permit. Instead of addressing the need with appropriate outline plans for the city’s Palestinian neighborhoods, the state has opted to expand the scope of home demolitions and to further toughen legislation and punitive measures against “illegal” Palestinian construction.’

Zohair told us that one of the settler homes in Silwan was built in 2001, with six floors. The rule in Silwan is that buildings should have a maximum of four floors. The home was also built illegally, without a permit. Yet there is no demolition order for this building. Fares concurred with his brother, adding ‘they destroy our house because we are not Jewish.’

Many major cities have neglected areas and overcrowded neighbourhoods. The difference in Jerusalem, Ir Amim argue, is that here it is ‘planned negligence‘. Following research, they conclude that Israeli planning and construction is designed to meet the exclusive needs of Israeli neighbourhoods. On the other hand, the housing needs of Palestinian communities are ‘completely overlooked’.

The Israeli settlement of Neve Yaakov and the surrounding space, East Jerusalem

Looking at the neglected infrastructure and overcrowding in many parts of East Jerusalem might make you think that there has been little urban planning in the area. Bimkoms’ Sari Kronish tells us though that on the contrary, there has been much, and very detailed, planning. Israeli government and planning authorities have deliberately created ‘slums’ – under-development by design.

Bimkom sees that Palestinian neighbourhoods are deliberately deprived of infrastructure, park and play areas and basic services. Israeli settlements then start to appear, taking land and, at times, people’s homes. When this happens, the local Israeli planning authorities support the newcomers. Settlers are able to say that they take up residence and turn Palestinian ‘slums’ into ‘nice Israeli areas’. This is a process Bimkom sees being played out across East Jerusalem. 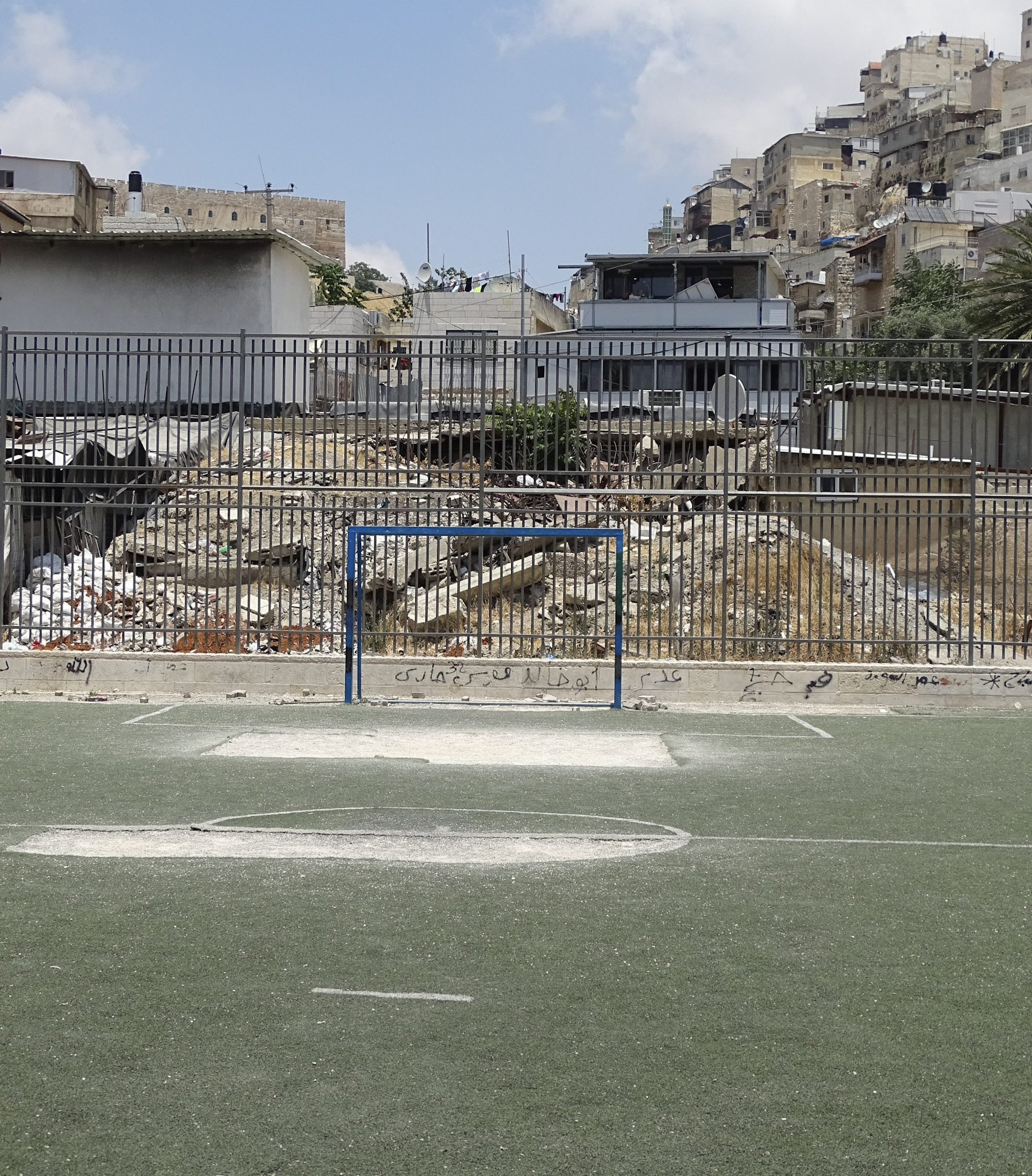 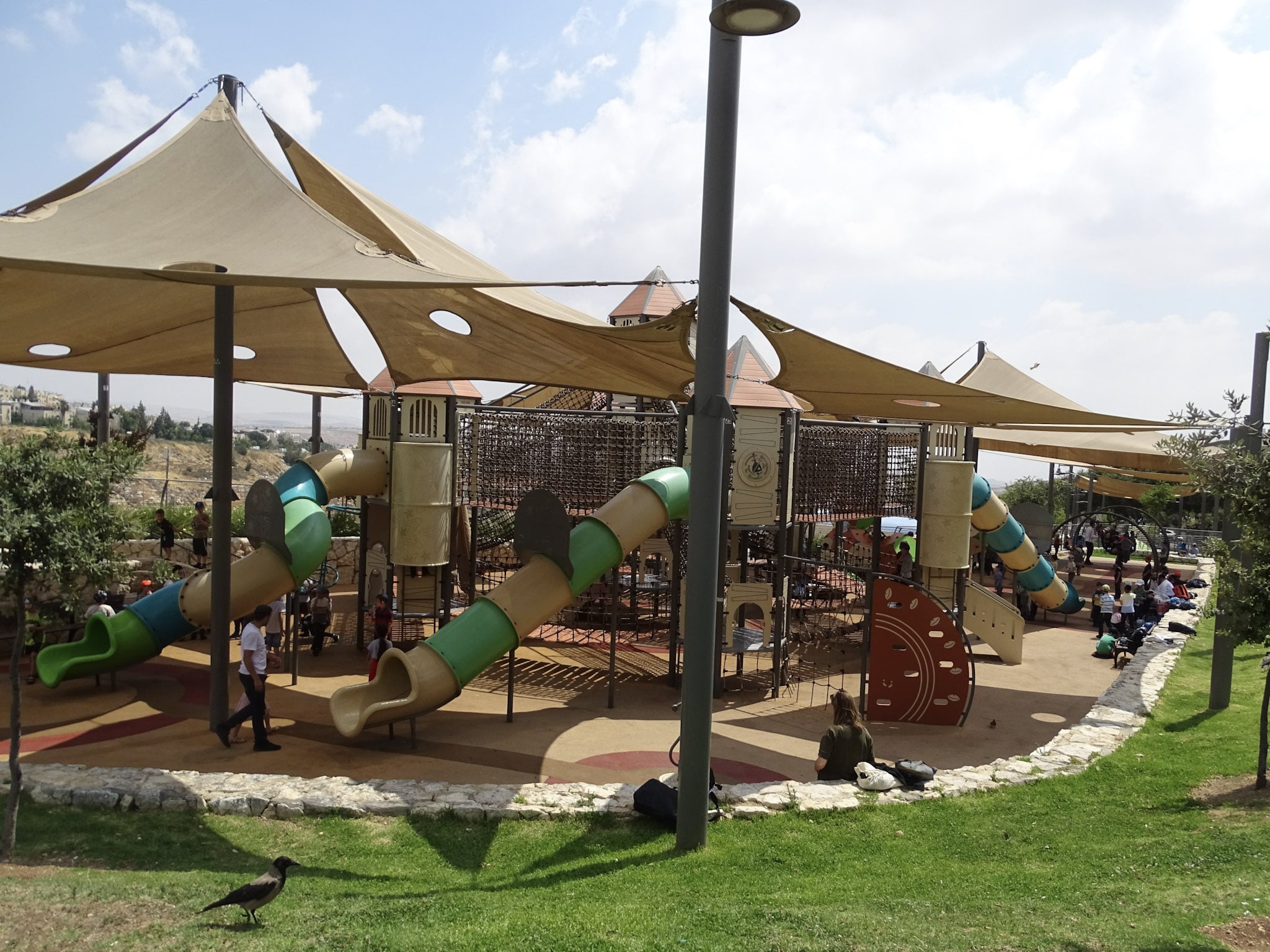 Bimkom argue that planning and development in the city is determined by two principles – demographic balance and territorial expansion.

According to Bimkom, the Israeli government term, ‘demographic balance’ refers to ‘preserving a Jewish majority’. After Israel’s annexation of East Jerusalem in 1967, the ratio of Israelis to Palestinians in the city was 74:26. By 2012, it was 61:39. This growth in the Palestinian population has prompted the Israel authorities to actively intervene in order to change existing trends.

‘in order to prevent such scenarios (i.e., the continued proportional growth of the Palestinian population in Jerusalem in comparison with the Jewish population) or even worse, from taking place, we will need far-reaching changes in our approach to the key variables influencing the balance of immigration and gaps in birthrate, variables that ultimately determine the demographic balance.’

Bimkom conclude that this is ‘bureaucratic occupation in action’. Discriminatory planning in Jerusalem precludes the possibility that Jerusalem can be the capital of two peoples.

‘Israel does not respect resolutions. The world must stop the talk and start the work.’ 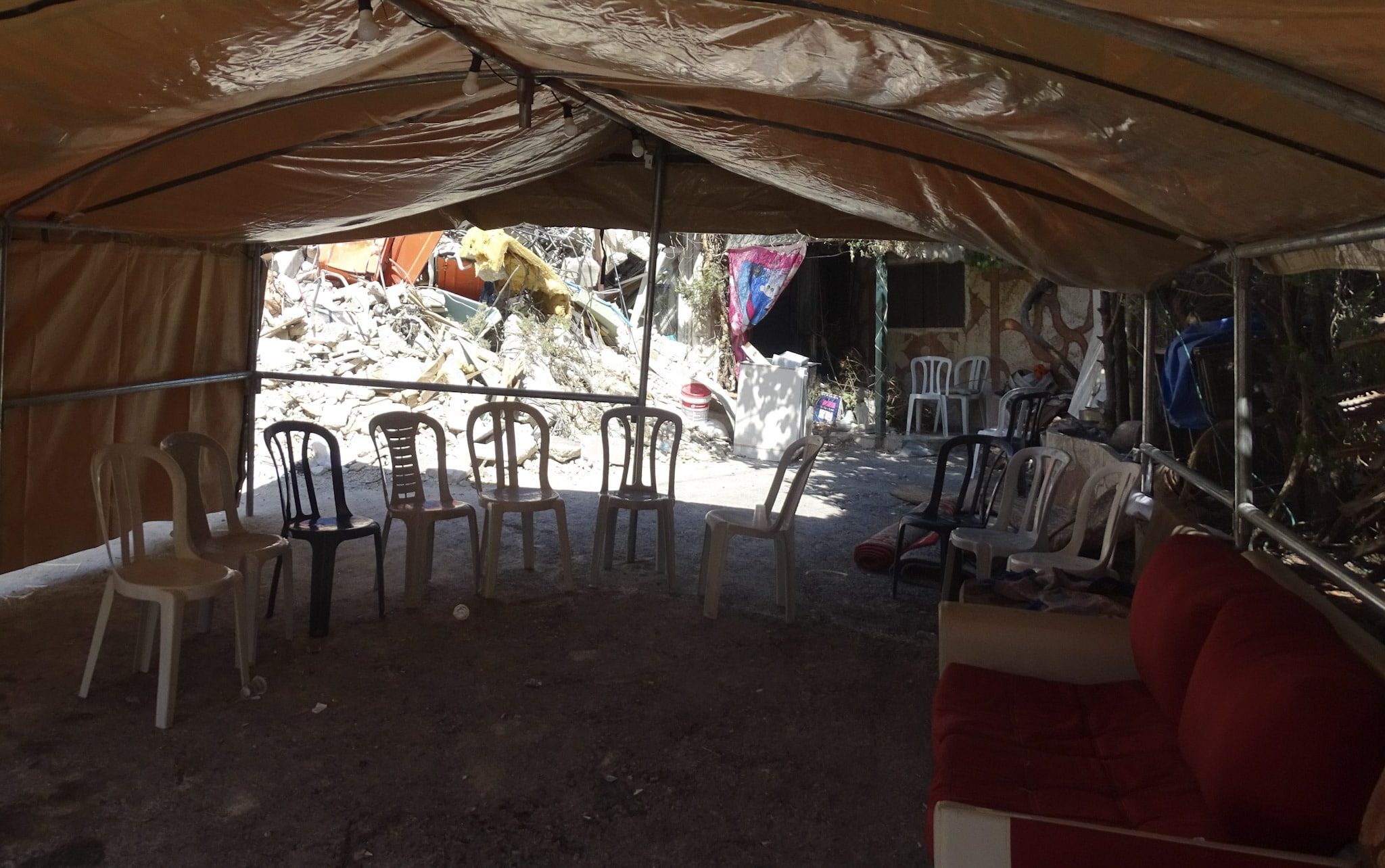 Sitting under a tent at the front of where the house stood – a place of condolence where neighbours and community members come to support the family – Zohair says that they just want to live in peace with their neighbours.

Fares asked for our support to help him have his day in court. He wants some quiet in his life but he also wants to be able to stand in a court of law and justice and have his say. He would love to attend the International Criminal Court. He wants to make Israeli authorities accountable for their actions against his family. He asked us how this could be possible.

‘Any destruction by the Occupying Power of real or personal property belonging individually or collectively to private persons, or to the State, or to other public authorities, or to social or cooperative organizations, is prohibited, except where such destruction is rendered absolutely necessary by military operations.’

'The States Parties to the present Covenant recognize the right of everyone to an adequate standard of living for himself and his family, including adequate food, clothing and housing, and to the continuous improvement of living conditions.'