‘I got a permit this year [at Easter]. We all want to worship at our holy places but the Israeli government gets to choose who can go and when they can go. I remember before the wall when we could travel easily to Jerusalem. It makes me sad that my children have never known that and they think it’s normal to pass through a checkpoint controlled by soldiers to reach our important holy places.’ *Jamal, Palestinian Christian

Israel and occupied Palestine are home to many sacred sites associated with the history of the three Abrahamic religions: Judaism, Islam and Christianity. Locals and international pilgrims belonging to all three faiths visit these sacred sites for regular worship, religious holidays and festivals. The population of Israel is predominantly Jewish and the population of occupied Palestine is predominantly Muslim. There is also a significant number of Palestinian Christians in the region, though their population has been declining since the start of the Israeli occupation.

There are many sacred sites across the occupied West Bank, including the Church of the Nativity in Bethlehem which marks the birthplace of Jesus, and the Tomb of the Patriarchs in Hebron, where a number of holy Matriarchs and Patriarchs from the Jewish and Muslim traditions are buried. A number of the most significant and well-known holy sites are in the Old City of Jerusalem. Jerusalem has such sacred significance for Jews, Muslims and Christians that it was not included in the United Nations Partition Plan. It continues to be regarded by the majority of the international community as a unique place in recognition of its complex religious and demographic nature, with East Jerusalem being the capital of any future Palestinian state. 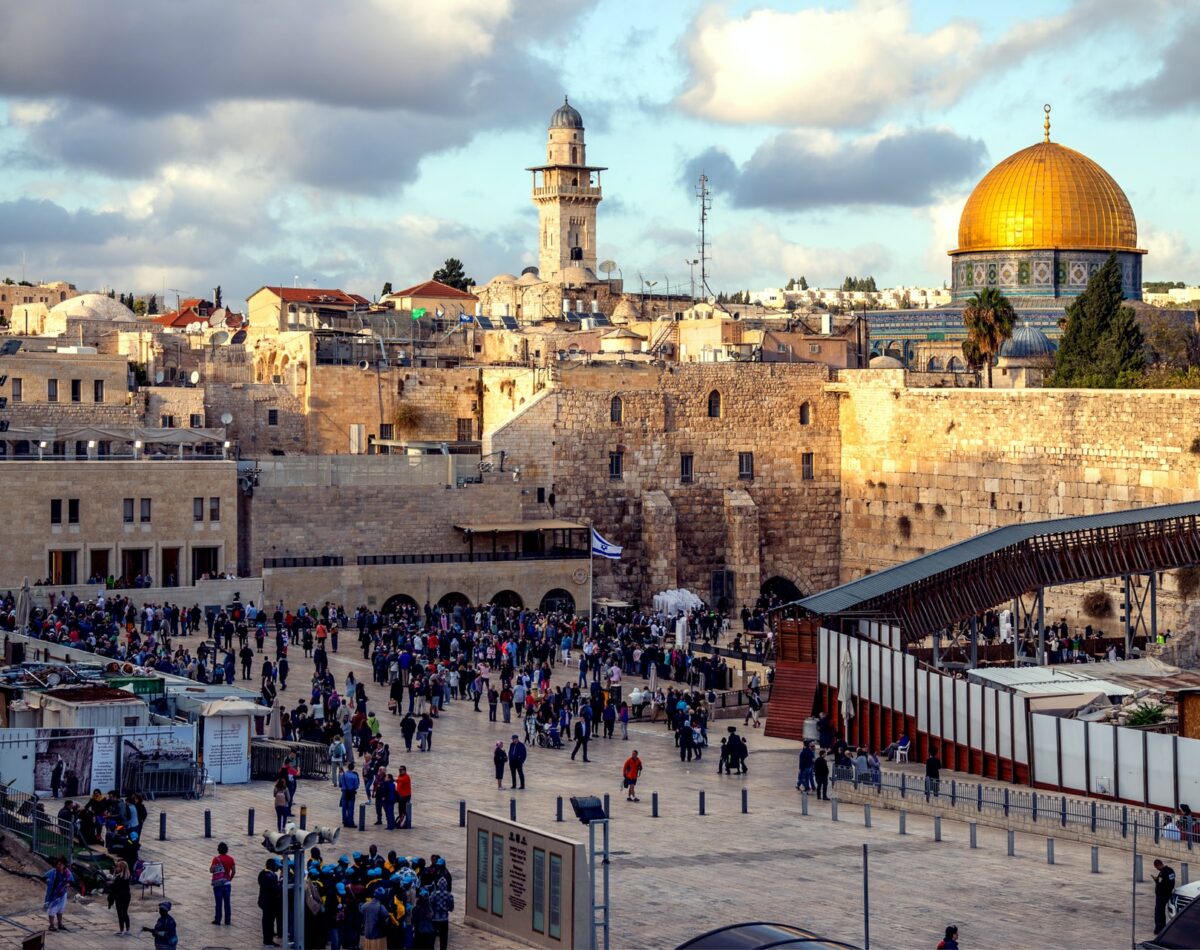 The Temple Mount is where the biblical Jewish temples stood thousands of years ago and is considered the holiest site in Judaism. Many Jews pray at the Kotel, or ‘Western Wall’, the last remnant of the Temple Mount from the Second Temple period. The site is also home to the Al-Aqsa Mosque Compound which is the third holiest site in Islam, the iconic Islamic shrine known as the Dome of the Rock, and the Dome of the Ascension where the Prophet Muhammad ascended to heaven. The Church of the Holy Sepulchre, also in the Old City of Jerusalem, traditionally marks the site of the crucifixion, burial and resurrection of Jesus and is considered the most sacred site in Christianity by many Christians around the world. Nearby is the Via Dolorosa, the path that Jesus took on the way to his crucifixion. 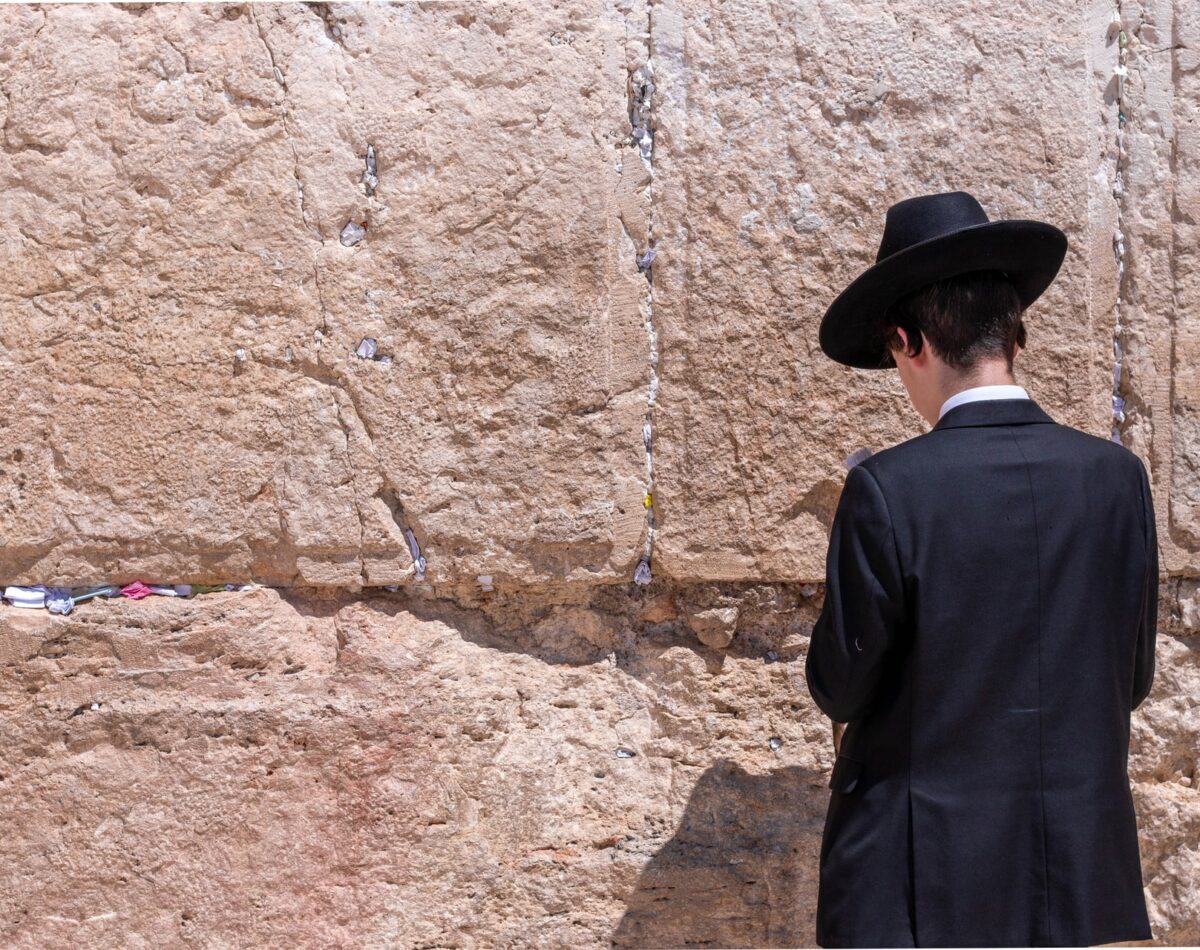 An Orthodox Jew prays at the Western Wall 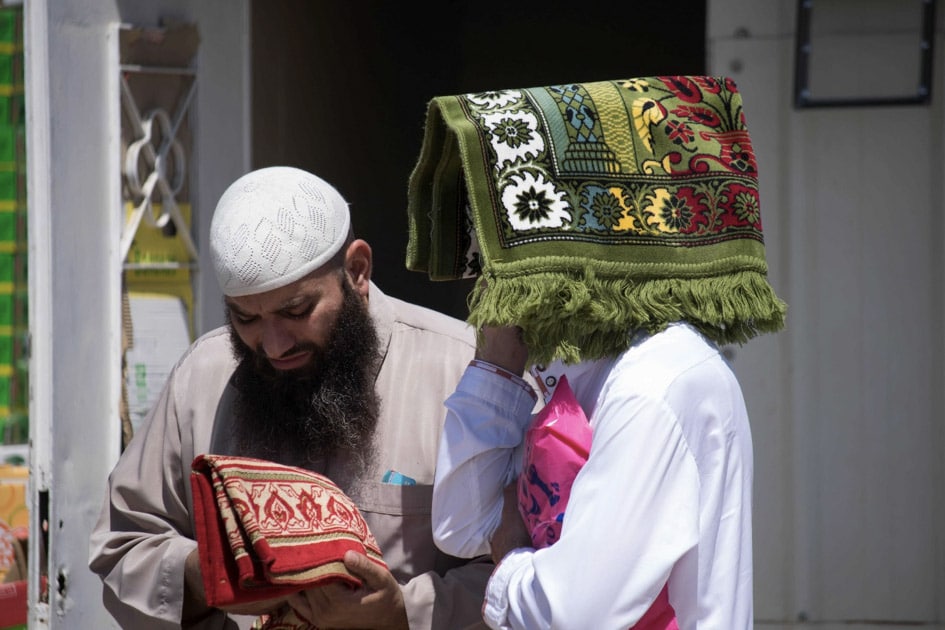 Muslims in the Old City

After the Six Day War in 1967, Israel annexed East Jerusalem in a move which is not recognised by the majority of the international community. Following this, the Israeli Knesset passed the ‘Preservation of the Holy Places Law’, which promised to ensure that different religious groups could access the holy sites of Jerusalem freely and safely. Israel agreed to leave the administration of the Al-Aqsa Mosque compound, which includes the Dome of the Rock and the Dome of the Ascension, in the hands of the Jerusalem Islamic Waqf in line with the ‘Status Quo’ arrangements in place since 1757. However, the Israeli military controls all entry points to the compound.

Over the years, Palestinian Muslims worshipping at the Al-Aqsa Mosque have faced a number of military incursions. Sometimes they have been denied access or cleared from the site to enable Israeli settlers to walk around under the protection of soldiers. During Ramadan 2021, during a violent repression of protests against the unlawful eviction of Palestinian families in East Jerusalem, Israeli soldiers stormed the Al-Aqsa Mosque on multiple occasions, firing rubber coated steel bullets, stun grenades and tear gas, dispersing peaceful worshippers and leaving hundreds injured. Hamas in Gaza retaliated by indiscriminately firing rockets into Israel and heavy Israeli bombardment followed. 12 Israelis and 248 Palestinians lost their lives in these escalations. 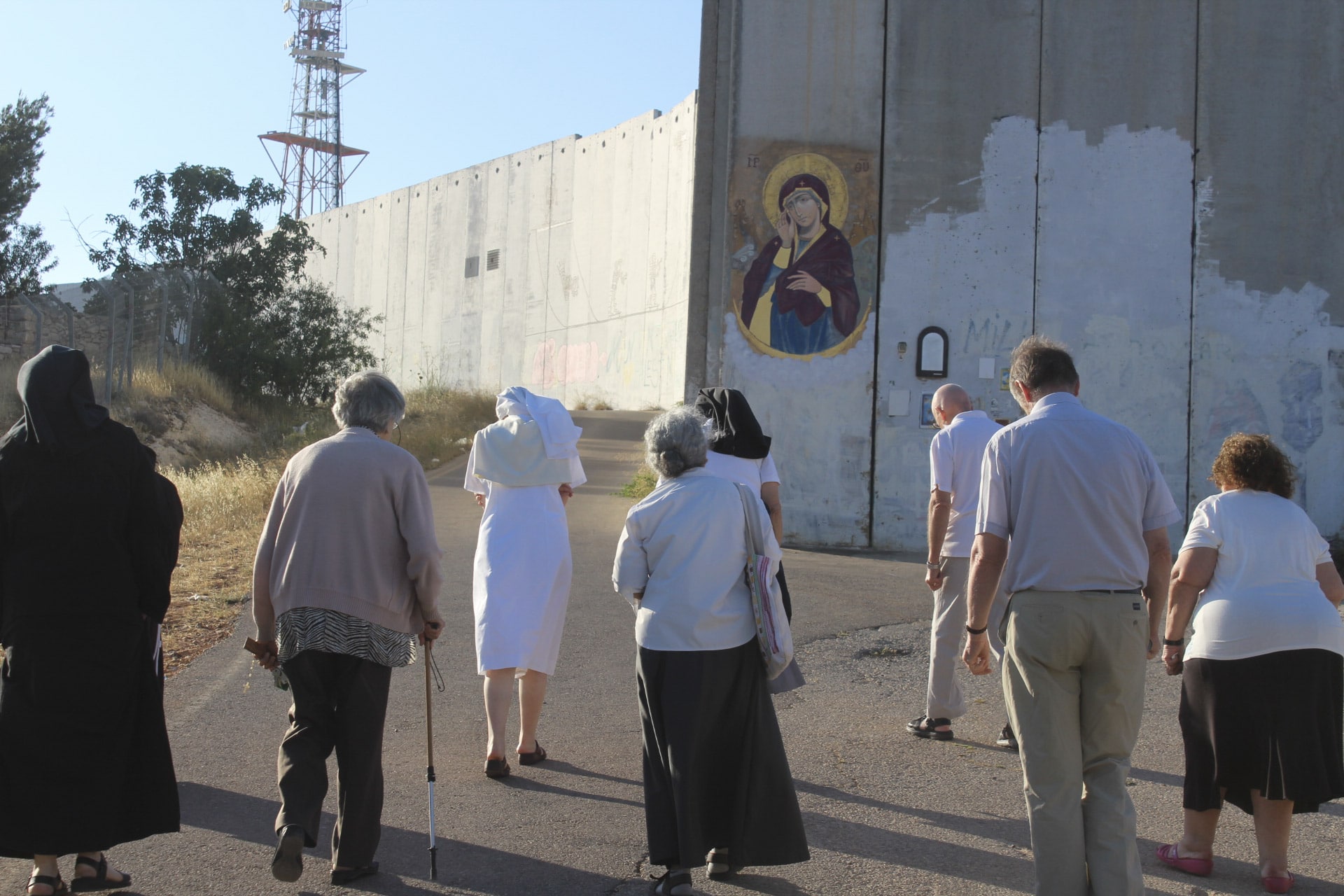 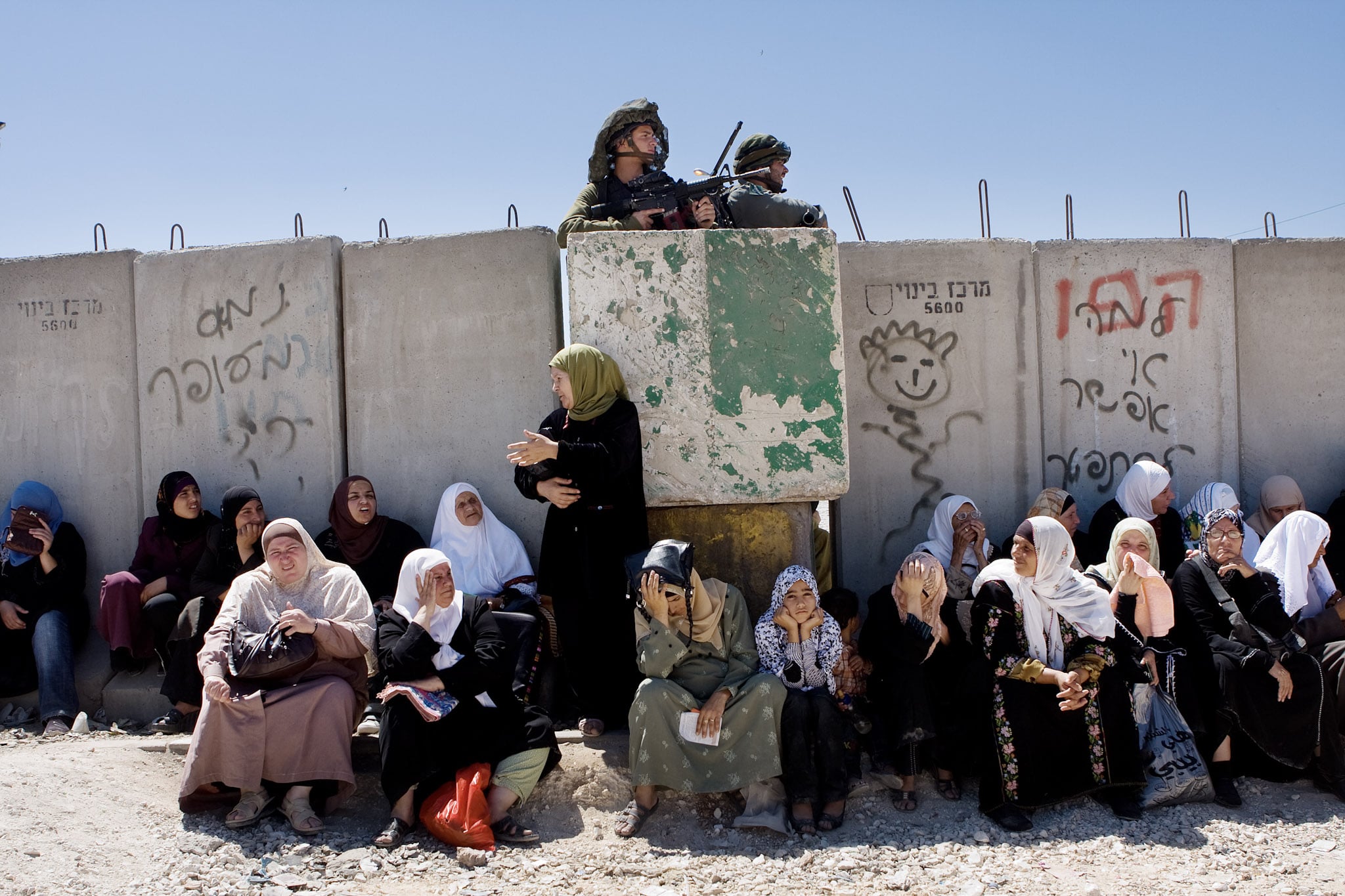 The Separation Barrier also enables curfews to be routinely imposed on Palestinians, preventing access from the West Bank. A total closure of Qalandia Checkpoint and Checkpoint 300, the main access points to Jerusalem from other main cities in West Bank, is usually in place during Jewish holidays, impeding access to worship and other travel for Palestinians. Meanwhile, Palestinians routinely struggle to obtain travel permits from the Israeli authorities to attend their religious festivals, weddings and funeral ceremonies.

In 2007, the Separation Barrier was deliberately diverted to annex the holy site of Rachel’s Tomb onto the Israeli side of the barrier, meaning it can no longer be accessed by Palestinian Christians and Muslims in Bethlehem, despite having a sacred significance for all faiths and being within the boundaries of the city of Bethlehem.

‘Although Jerusalem is a holy city in the religious traditions of Islam, Judaism, and Christianity, Jewish groups in this city receive preferential treatment. Through the illegal annexation of East Jerusalem and occupation of the West Bank in 1967, Israel effectively gained control of all religious sites in historic Palestine. Palestinians who could once roam freely around historic Palestine now find it difficult to visit religious sites due to restrictions on their freedom of movement. These discriminatory policies contribute to a larger Israeli effort to erase non-Jewish heritage in historic Palestine.’ 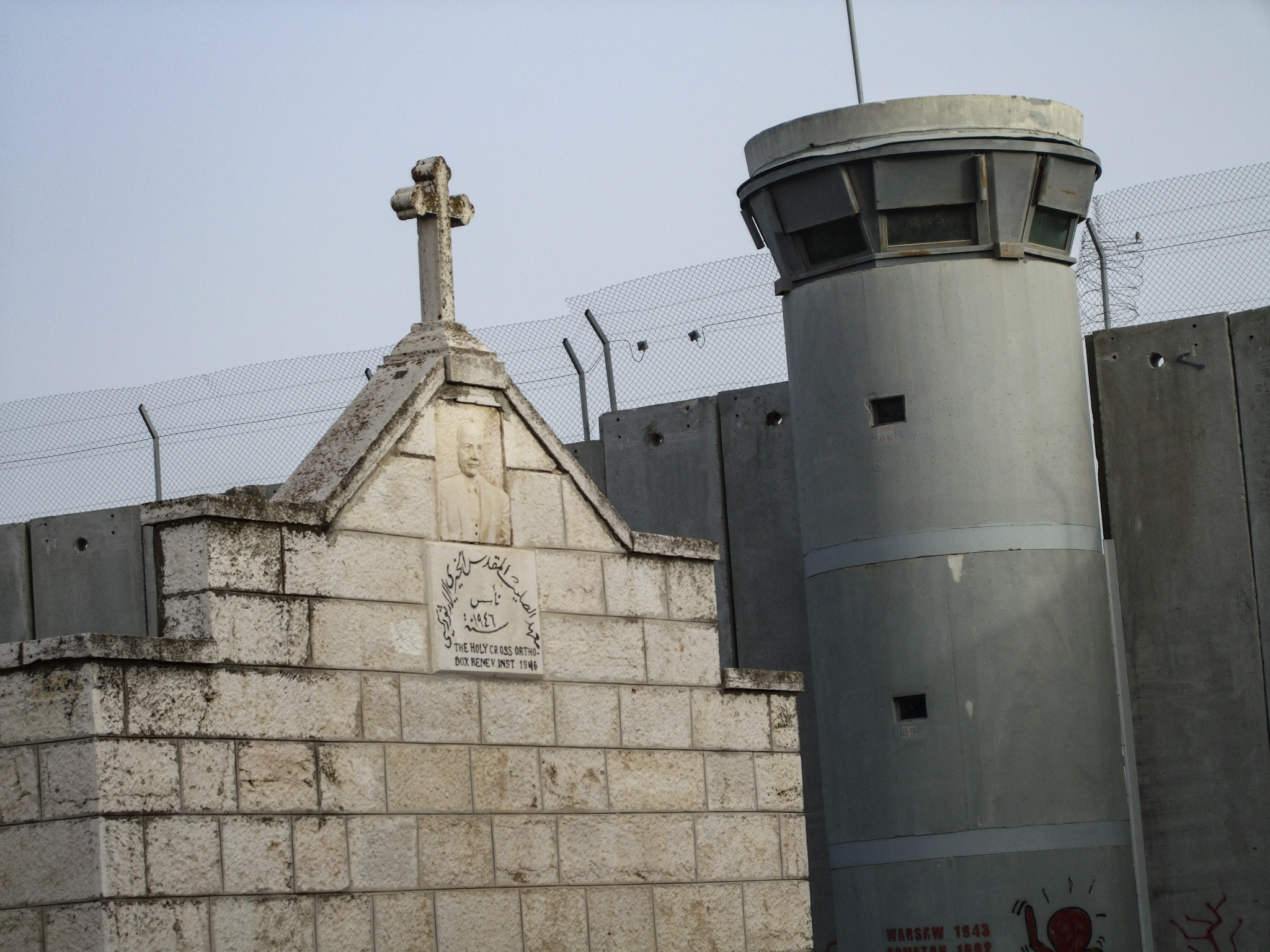 A church in Bethlehem overlooked by an Israeli military watchtower

'Everyone shall have the right to freedom of thought, conscience and religion. This right shall include freedom to have or to adopt a religion or belief of his choice, and freedom, either individually or in community with others and in public or private, to manifest his religion or belief in worship, observance, practice and teaching.'

'Protected persons are entitled, in all circumstances, to respect for … their religious convictions and practices.'