‘Since 2002 Israel has been building a separation barrier between Israel and Palestine. However, the route of this barrier does not follow the internationally recognised border. 85% of the route runs inside the West Bank, effectively annexing Palestinian land to Israel.’

In 2015 and 2016, Israel extended the Separation Barrier through the Cremisan Valley near Bethlehem, cutting Palestinian families off from their agricultural land. I met with Suhaila and Naim, an elderly couple who used to live around 100 metres from their land, but now must travel 20 kilometres to get there.

Rather than simply walk to the end of their road, Suhaila and Naim, who have asked to not have photos of them published for fear of retribution by the Israeli military, must now travel around 20 kilometres and pass through an Israeli military checkpoint to reach their land. They have to make this journey every day to care for their trees and beehives. On a good day, driving this route takes around half an hour. When the Israeli soldiers choose to delay them with extra questioning and checks, the journey takes up to two hours. 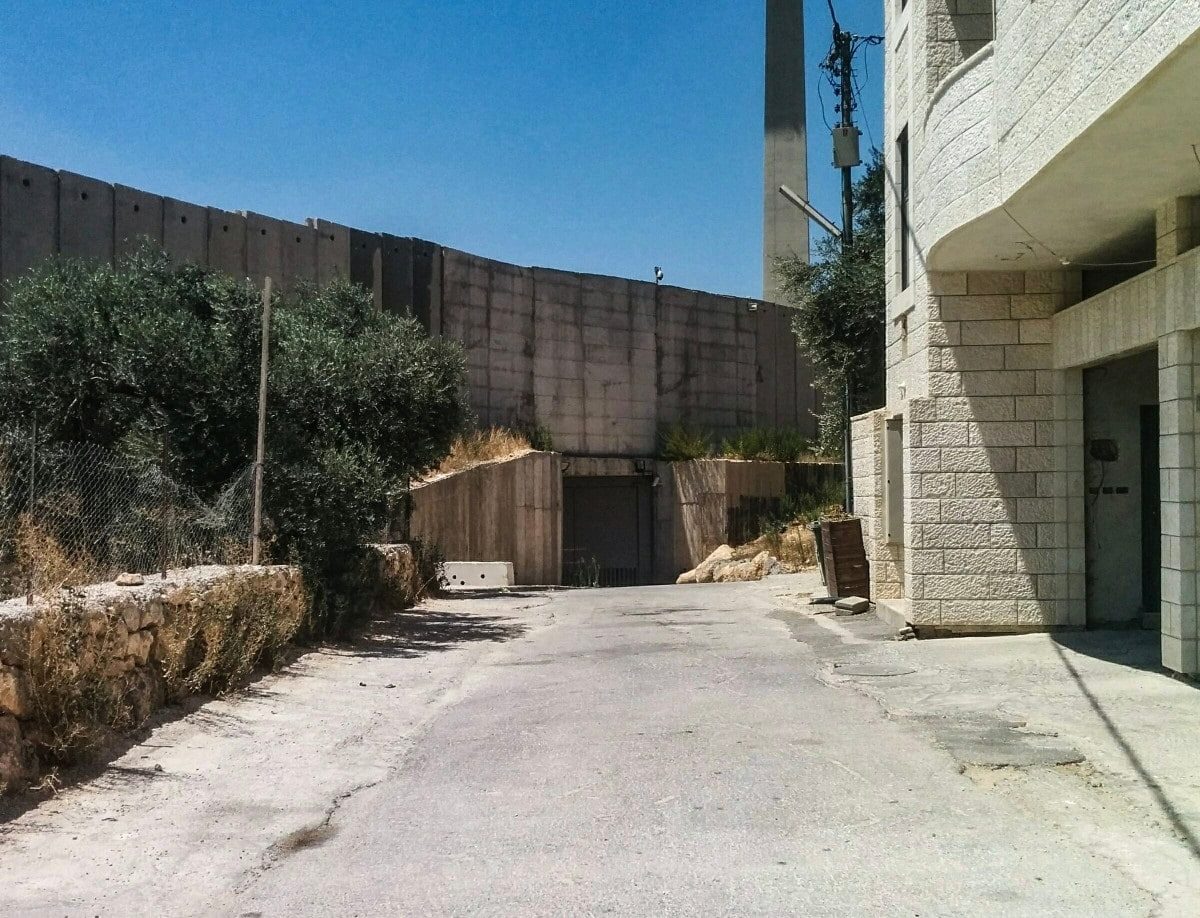 The road that used to give Suhaila and Naim open access to their land, but is now blocked by the Israeli separation barrier

‘We are doomed to eternal suffering by the separation wall… The most important aspect for me is losing my best recreation activity.’

Before the construction of the separation barrier, Suhalia went to their land several times a day whenever she felt upset to make her feel better. Being blocked from her land is, she says is ‘the ultimate psychological torture’.

For many other Palestinians in the area, it is not even possible to access the annexed land via the long route through the checkpoint. Suhaila and Naim are classified as Jerusalem residents, which means that they are permitted to cross the checkpoint at any time. Palestinians without this status can only access their land on particular times and days during the olive harvest season, which only lasts two months. 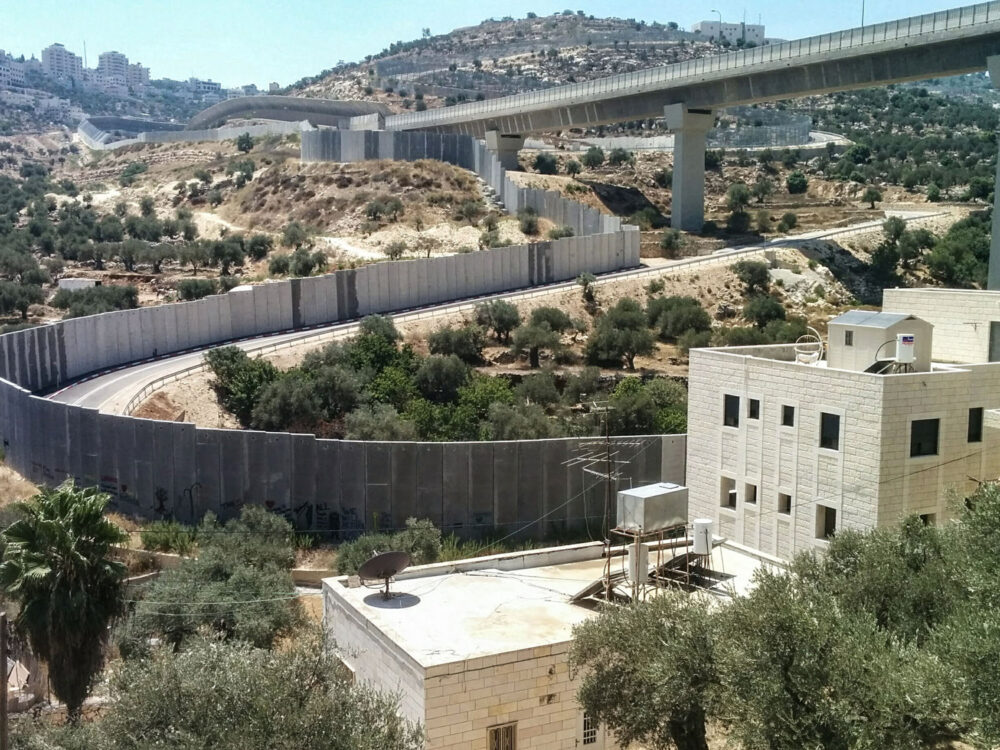 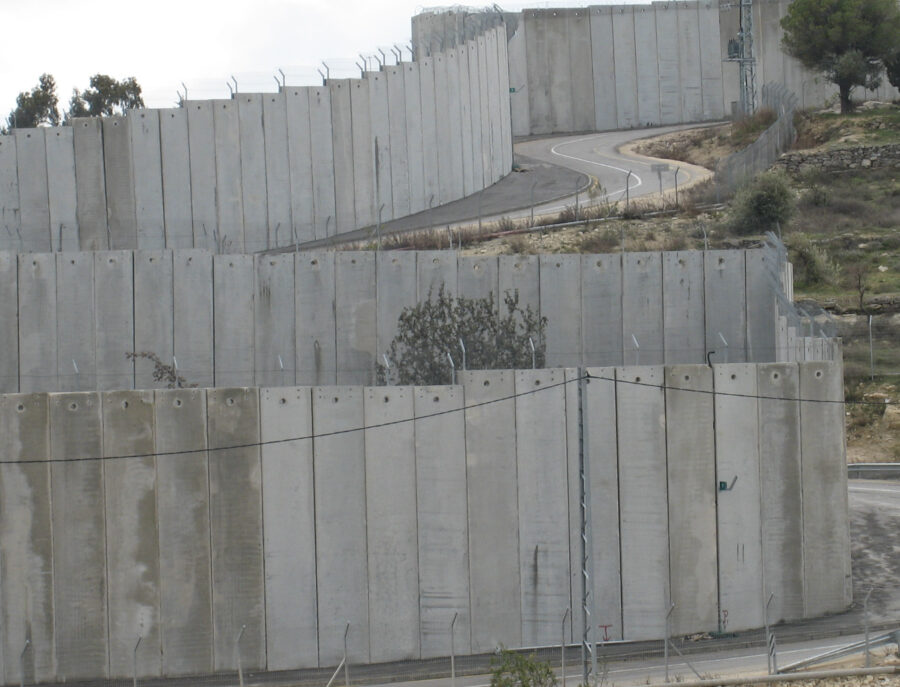 The separation barrier follows a winding route, cutting off many fertile fields

A few months ago, things became much more difficult for Suhaila and Naim when an artery in Naim’s leg got blocked. He has had six operations so far, with at least another one to come. Suhaila and their two sons have had to spend a lot of time with Naim in hospital, and the long travel time to their land has meant that they could not harvest any of their peaches or apricots, which were left to rot.

The barrier is built mostly on Palestinian land. The Cremisan Valley, famous for its wine production for use in Christian communion, is just one small part of Palestine that is impacted by the separation barrier, which, according to the UN, is 65% complete and projected to be 712 km long when finished.

Israel maintains that the barrier is a legitimate security measure to prevent Palestinian terrorism. Israel, like all countries has a right to defend its borders, yet the route of the barrier deviates up to 20km from the internationally recognised border, cutting off Palestinians from their land. The International Court of Justice has therefore ruled that its route violates international law.

‘Do not make both eyes blind to political affairs and sleep on our suffering in Palestine.’

When I ask what they would like to say to the citizens of countries that are providing economic and/or military support to Israel, Suhaila asks that we ‘do not make both eyes blind to political affairs and sleep on our suffering in Palestine’.

'All peoples have the right of self-determination. By virtue of that right they freely determine their political status and freely pursue their economic, social and cultural development.'