The West Bank is a landlocked territory between Israel and Jordan. Along with Gaza, it makes up occupied Palestine. It covers over 5,000 square kilometres and has a varied landscape, ranging from the sea-level Jordan Valley, to the mountainous terrain surrounding Jerusalem. 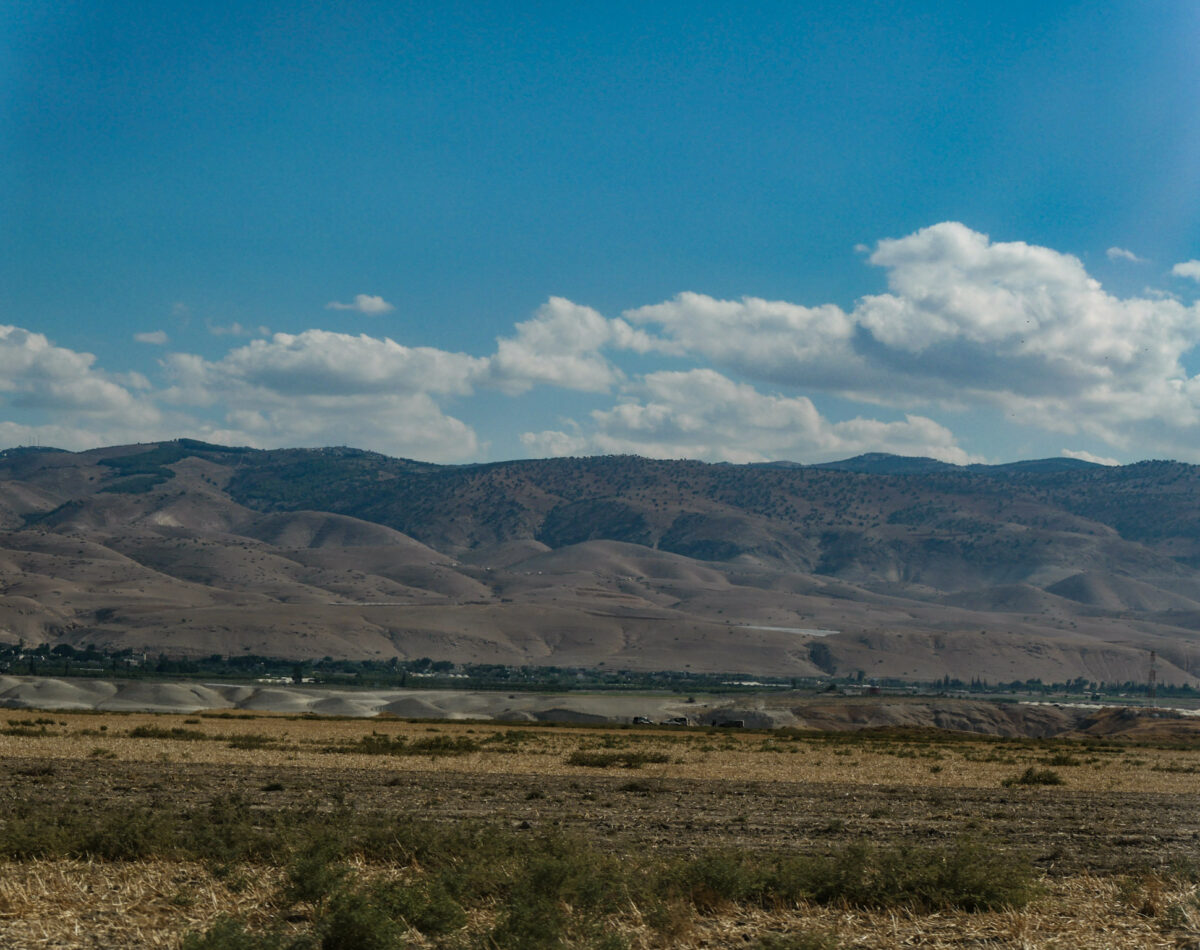 The Roman terraces of Battir 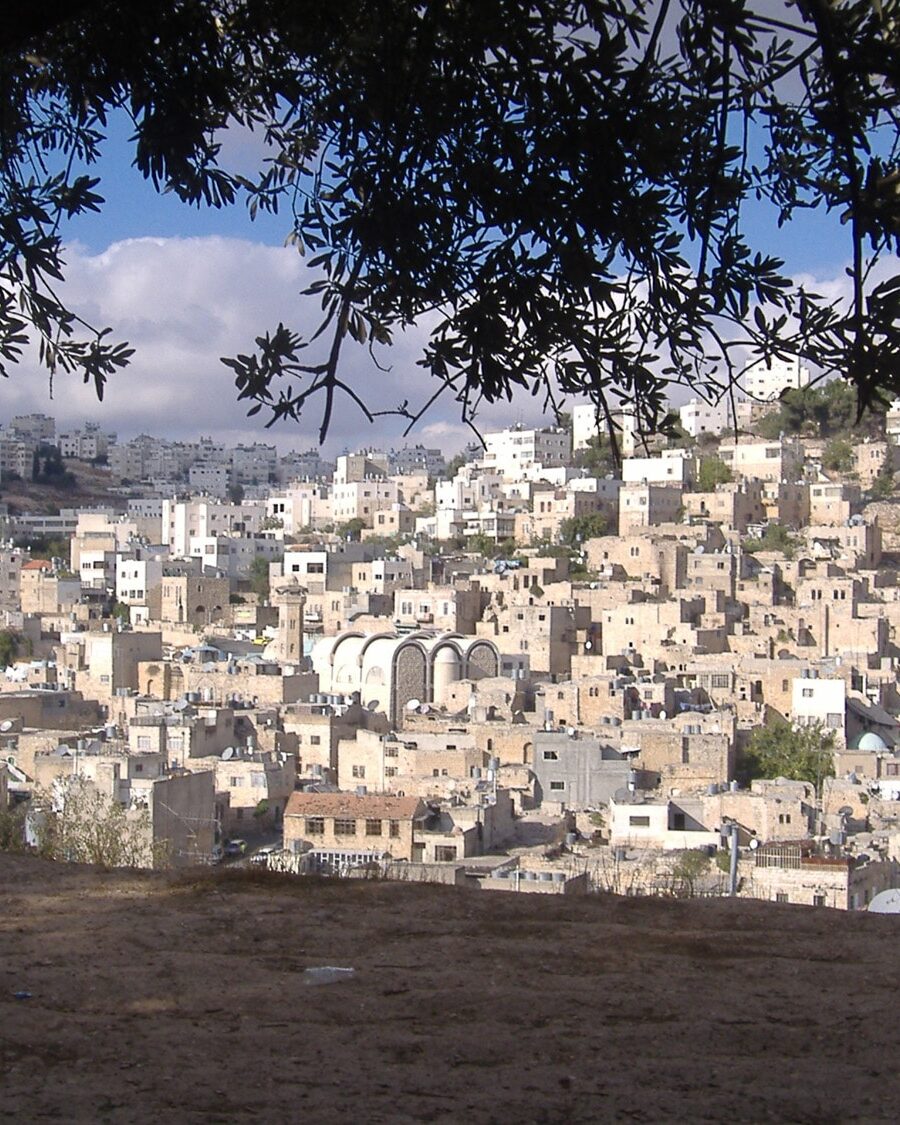 The Israeli occupation of the West Bank, including East Jerusalem, began in 1967, when they were captured by the Israeli military during the Six-Day War with the neighbouring states of Jordan, Egypt and Syria. East Jerusalem was eventually annexed in 1980 (a move which has not been recognised by the international community), but the rest of the West Bank has remained under direct Israeli military control.

The military occupation has had catastrophic consequences for the millions of Palestinians who live under this regime of martial law. The many human rights abuses that are carried out by Israeli settlers and soldiers on a daily basis here are not subject to the checks and balances of civil law.

In 1993 and 1995, the Oslo Accords were signed between Israel and the Palestinian Liberation Organisation. The Accords set up a new autonomous Palestinian administration, the Palestinian Authority (PA), which was to take control of certain areas of the West Bank.

As a result of the Accords, the West Bank was divided into Area A, B and C. Areas A and B were defined by their dense Palestinian populations. Area C included vast rural areas with scattered Palestinian communities, a small number of Israeli settlements – and vitally – most of the region’s natural resources. 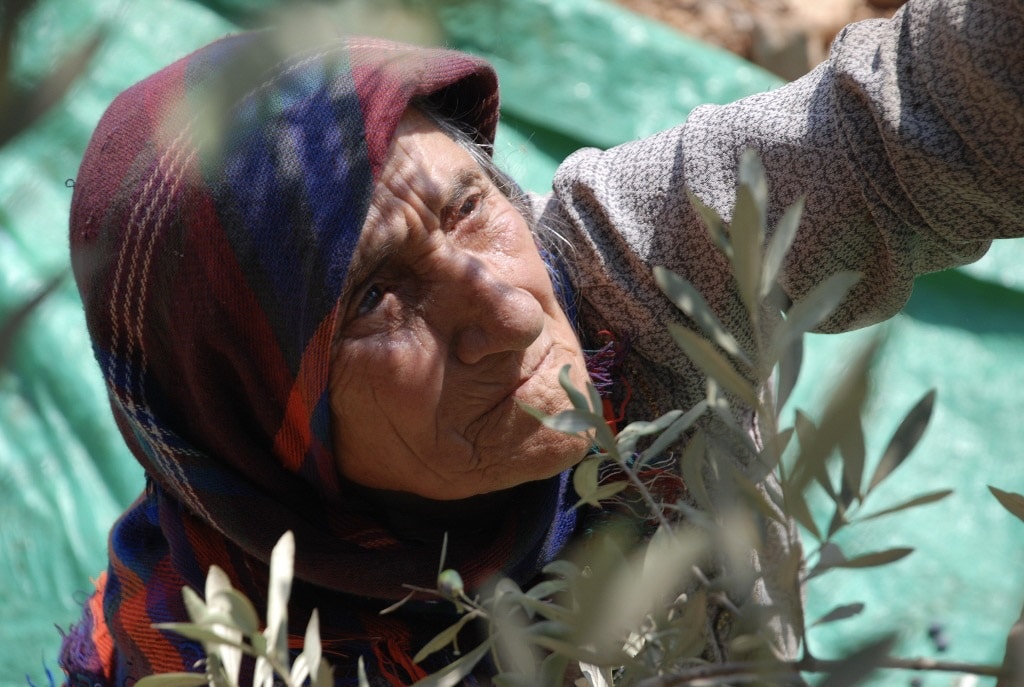 A Palestinian woman harvests olives in the southern West Bank 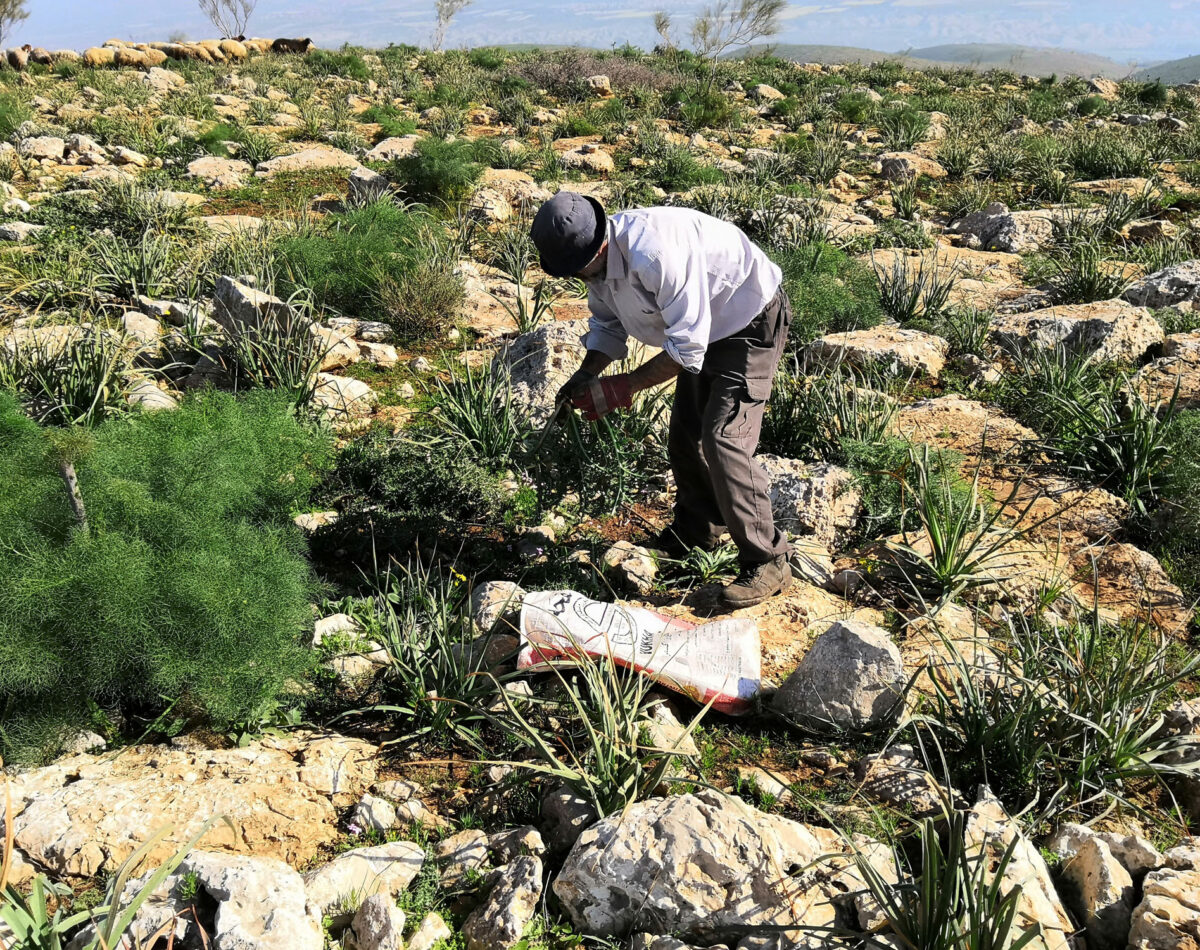 A Palestinian farmer works his land in the northern West Bank 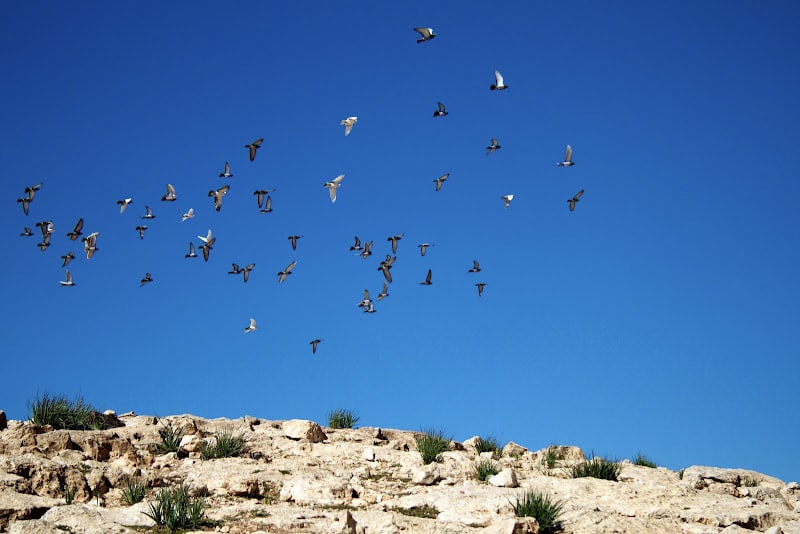 Birds fly over the desert landscape of the South Hebron Hills

The Oslo Accords designated the region as follows:

60% of the West Bank would be under the military and civil control of the Israeli military.

The Area A, B and C regime was intended to be a transitional measure lasting only five years. After which point, full control of the West Bank would be handed over to the PA, making way for the establishment of an independent Palestinian state.

However, this process was never completed and Israel never rescinded control of the territory. Even Area A, where there is some apparent Palestinian autonomy, remains in effect under Israeli military occupation. Areas A and B are now almost entirely urbanised areas, with supplies of spare land for development dwindling due to a population that has more than doubled since 1995.

Most of Areas A and B are not connected to each other, and are separated by swathes of Area C. Most major highways in the West Bank and the areas surrounding them are also Area C. This means that any Palestinians wishing to travel long distances around the West Bank must travel through highly militarised areas where they are at risk of being arbitrarily searched and/or arrested. 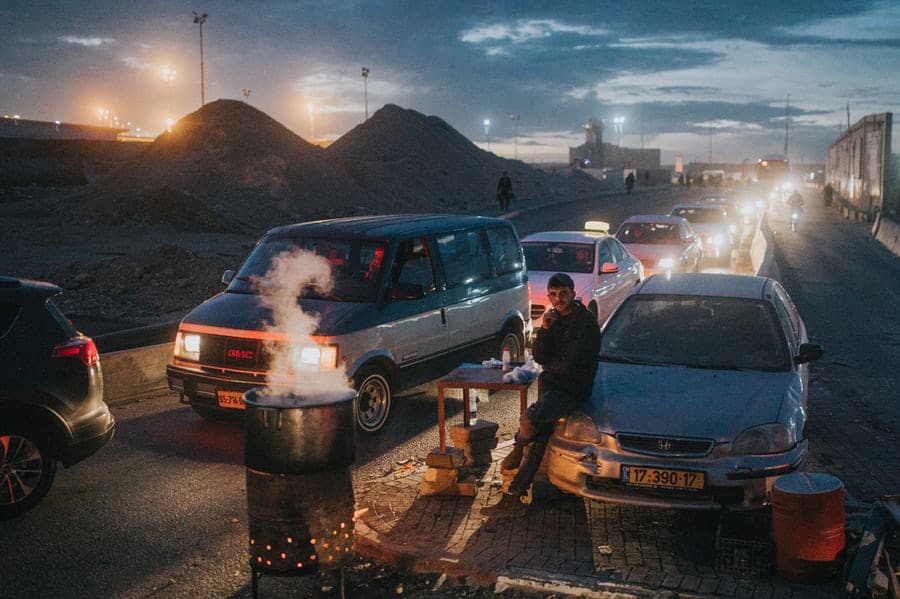 Palestinians queue at an Israeli military checkpoint in Ramallah 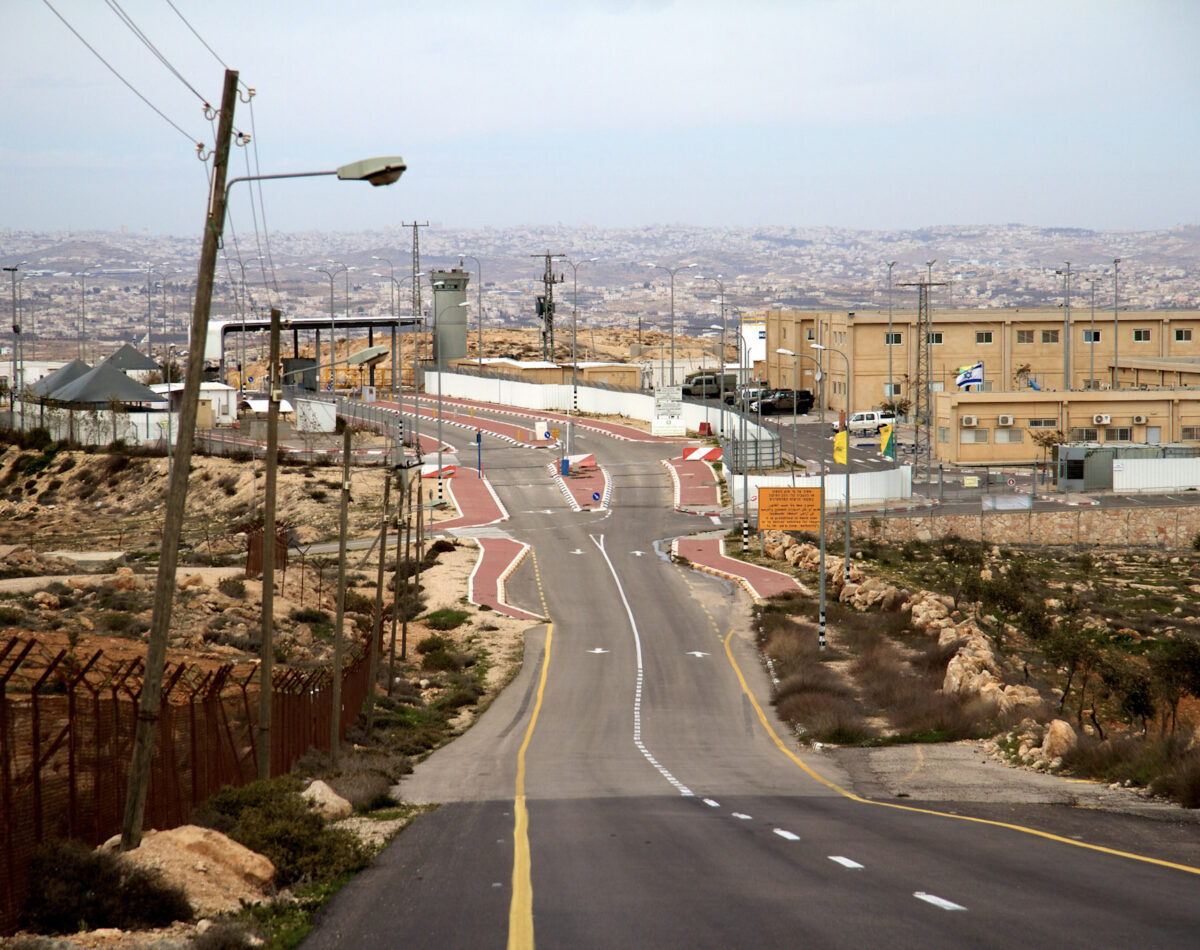 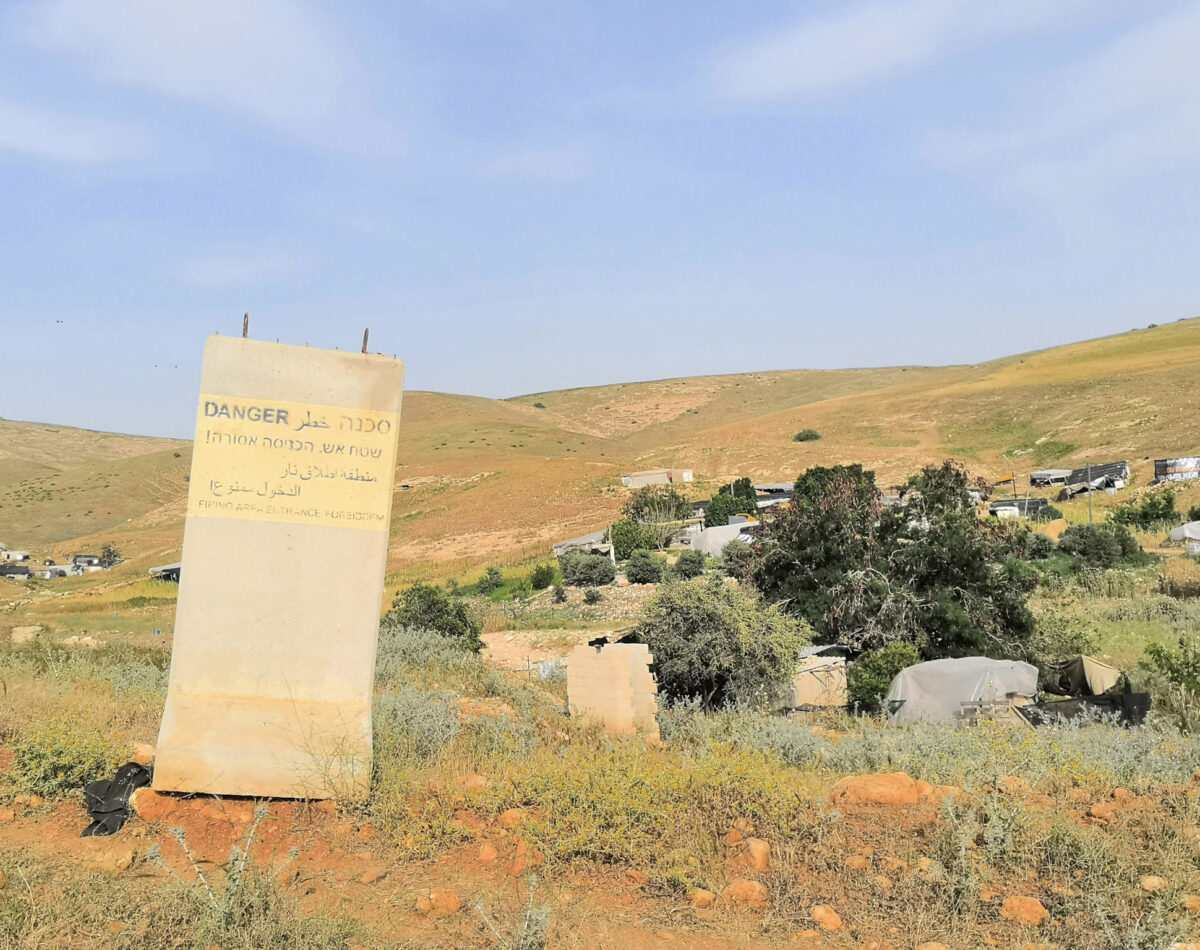 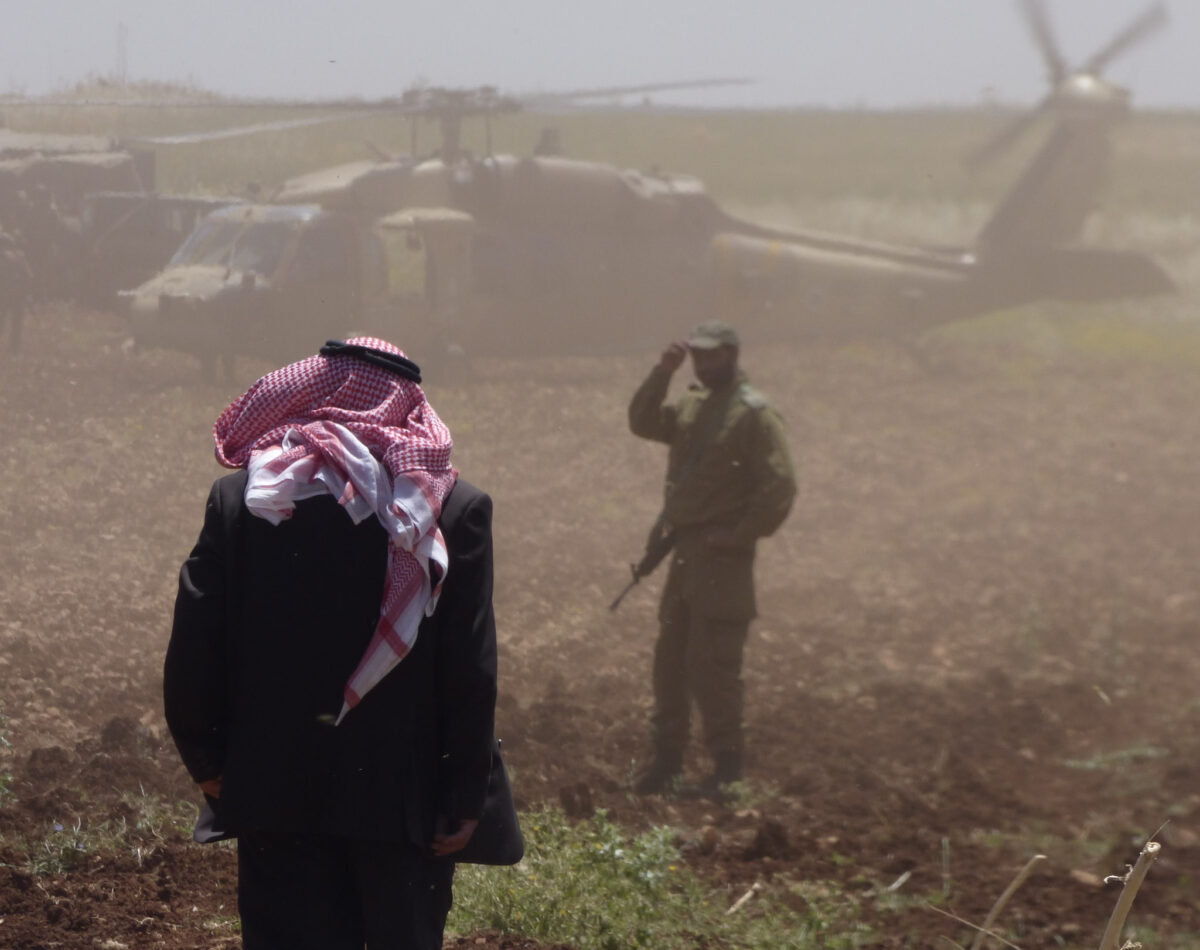 A large proportion of the human rights abuses and incidents take place in Area C, due to the constant presence of Israeli military and settlers. Settlers and the illegal settlements they live in, are treated under civilian rule as if they were part of Israel, while Palestinians living in the same area are subject to military law.

Palestinians in Area C face issues from settlers such as verbal and physical attacks, vandalism of property and harm to livestock. From the military, they face issues such as arbitrary home raids and arrests, harassment at school and work and obstruction to land and water access. Increasingly, the military have been using live fire on unarmed civilians. Learn more about human rights issues in the West Bank.

Only around 3% of requests from Palestinians for building permits in Area C are granted by the Israeli authrities. Due to pressures on available land elsewhere in the West Bank, many Palestinians are forced to build regardless.

‘Israel restricts Palestinian construction by seldom approving requests for building permits, whether for housing, for agricultural or public uses, or for laying infrastructure.’ 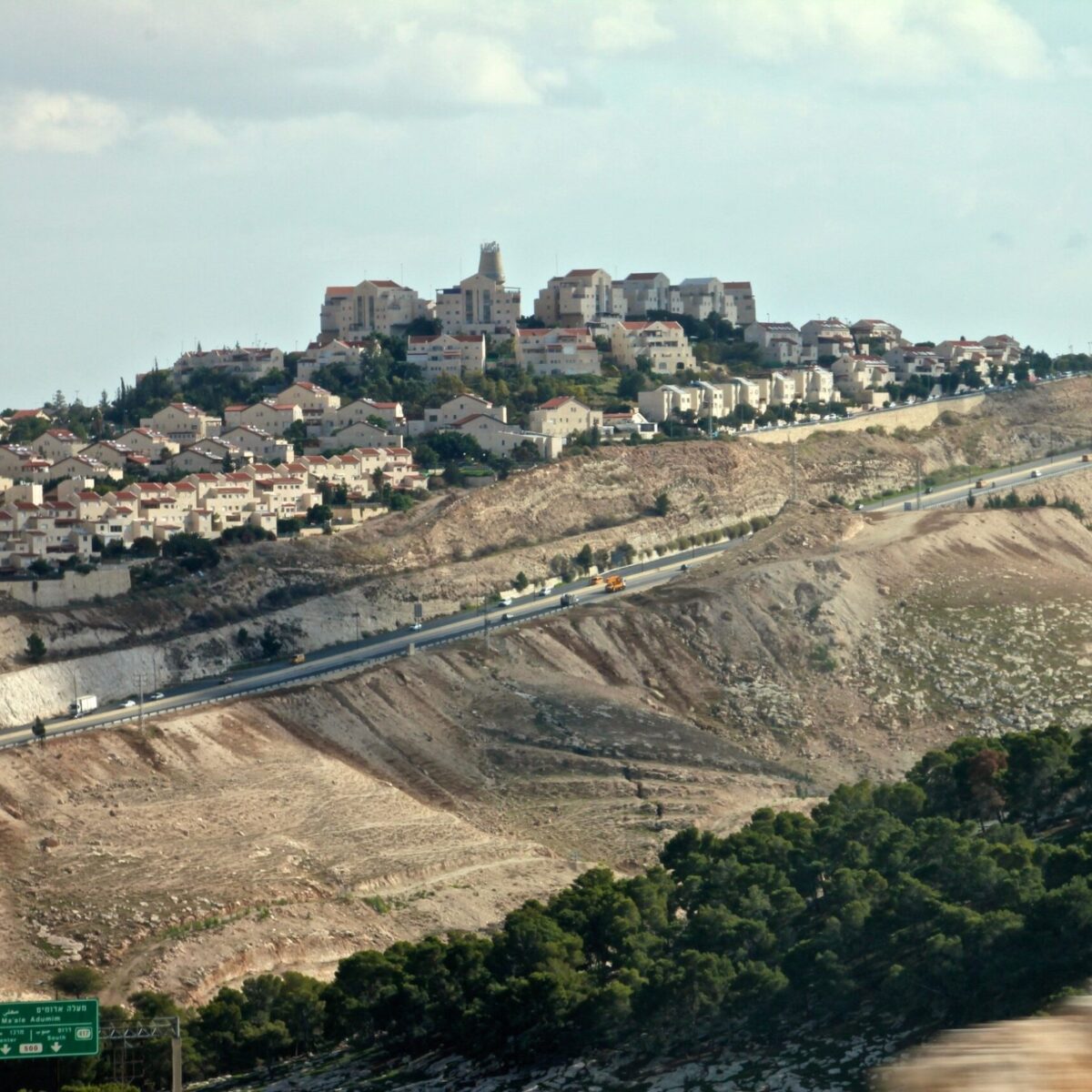 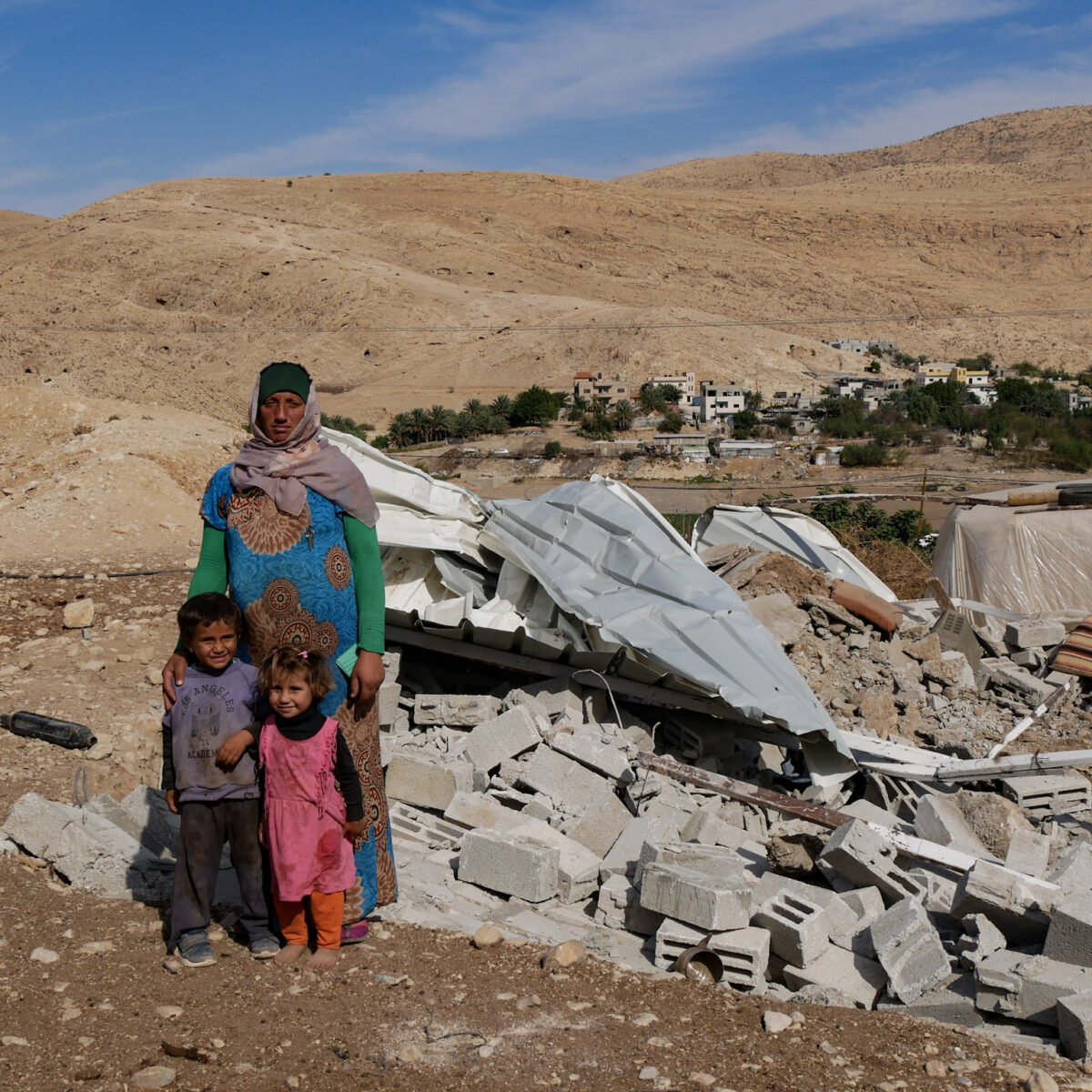 In 2002, Israel began construction of a barrier separating the West Bank from Israel. Israel began building the barrier following the Second Intifada, a violent period in the conflict where around 1,000 Israelis and 3,000 Palestinians lost their lives. This structure, consisting mostly of militarised fencing and an 8-metre-high concrete wall, is over 700km long.

Israel, like all states, has a legitimate right to defend and protect its population. This includes the right to build a barrier along its borders. The route of the barrier, however, was found to be illegal by the International Court of Justice in 2004. This is because 85% of the barrier does not run along the internationally recognised border between Israel and Palestine, known as the Green Line but instead deviates up to 18km inside the West Bank, annexing Palestinian land and many vital natural resources to Israel.

As a result of the barrier and other measures of segregation, Palestinians continue to find themselves increasingly confined to ever reducing enclaves, whilst Israeli settlements expand.

‘A key factor in determining the barrier’s route was the location of settlements, thereby laying the groundwork for the de facto annexation of most of the settlements and much land for their future expansion. The barrier thus became a major political instrument for furthering Israeli annexationist goals.’ 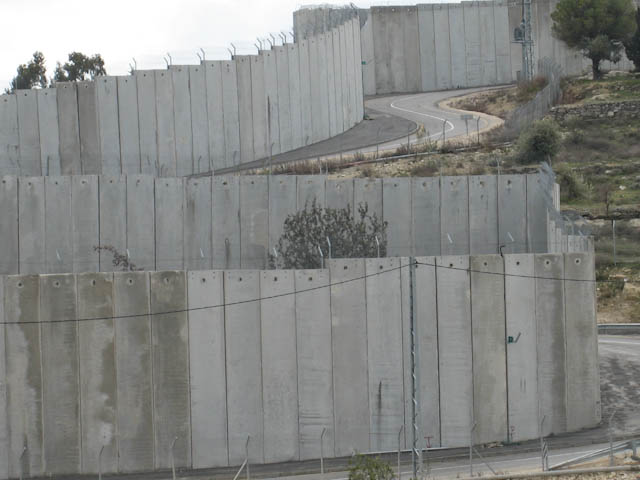 The separation barrier follows a winding route. It is around twice as long as the Green Line and annexes a number of essential agricultural lands 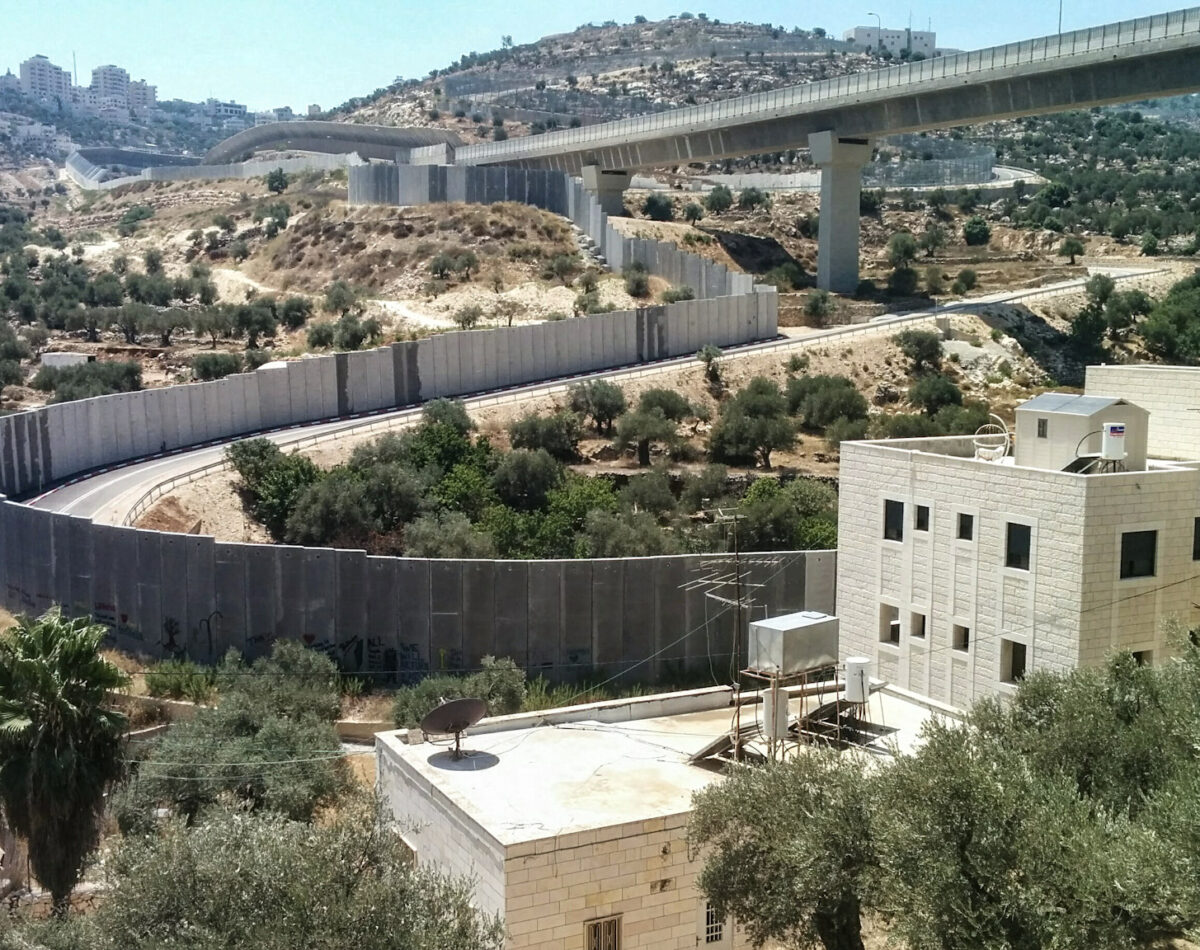 The separation barrier in Bethlehem